Before becoming Square’s VP of Hardware, Jesse Dorogusker, spent eight years as the lead of Apple’s accessories division. Most notably, heading the development of the Lightning connector that debuted with the iPhone 5.

With the new reader, Dorogusker, got to take a crack at working on a flagship product, he detailed the challenges that he faced for WIRED. 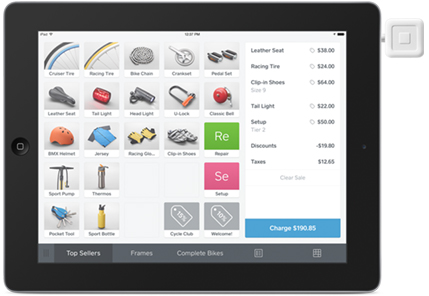 The Square Reader has one main function, swiping credit cards. We may take for granted the simple task of swiping a credit card but getting the details right in the reader take extreme care. The card swipe must feel satisfying and it must read the card on the first try, every time.

The new reader features a thinner and lighter design from its predecessor, but it has a slightly larger footprint. The device now accepts a card swipe from either side, an improvement over the previous generation.

The read head on the card reader has been significantly improved. The original Reader used the standard read head that has been found on every card reader since 1985. They worked well enough, but it was far from being optimized. The magnetic stripe on the credit card stores its data in two separate bands. The old way of reading it would only read one of the bands whereas the new method, found in the latest Reader, reads both bands at once. Dorogusker says, this makes every swipe more accurate and increases the likelihood that the swipe will be successful on the first try. 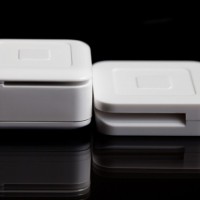 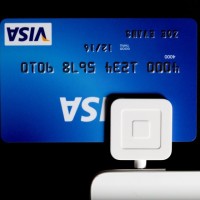 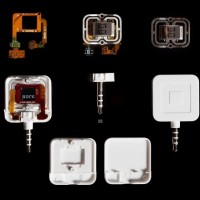 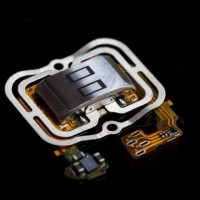 Redesigning the Reader also gave Square a chance to change the way the swipe felt. They were able to change the design of the spring to give the most optimal and satisfying feel for users when they swipe their credit cards. Dorogusker said, if the tension of the spring is to loose  than the swipe would feel unsuccessful. Doing this also gave them a chance to rethink how the device was assembled. In the end, the device manufacturing process was made much easier by the decisions the design and engineering team faced while designing the product.

Square took it one step further with the great undertaking of designing their own custom chip. The device now benefits from performance increases, smaller size, and overall reliability.

“It’s not typical for a startup to do that,” Dorogusker says. “It’s a little bit of upfront cost to build this from scratch.” But the benefits were huge.

Developing a custom chip allows Square to control the most fundamental processes like decoding the magnetic stripe, encoding the signal being sent back to the smartphone, and all the encryption that happens in between.

“We take all of that very seriously,” Dorogusker says. “We know exactly what we need. Off the shelf solutions could do what we wanted but had a bunch of extra.”

The new version of the device also ditches the Reader’s coin sized battery. The performance improvements in the custom chip allow them to draw all the power needed directly from the smartphone via the headphone jack.

“With a battery, you have to somehow connect the battery to your circuit board,” he says. “You do that with two little wires. They have to be cut to length, stripped on both ends, tinned on both ends and hand soldered to the battery and then to the board. It’s a huge amount of labor.”

Design is a very important part of building a device and Dorogusker takes it very seriously. Attention to the small details like removing the battery allows for improvements to the durability of the device or making a custom chip to increase performance and decrease power usage is what makes a device great.

“Designing our own electronics got us better performance, got rid of the battery and got rid of our biggest field issue all in one go.”

You know that a person is passionate about what they do when you read something like this:

He holds the new Reader between his fingers, pausing for a moment while he considers his creation. “I’d love to get rid of that seam.”