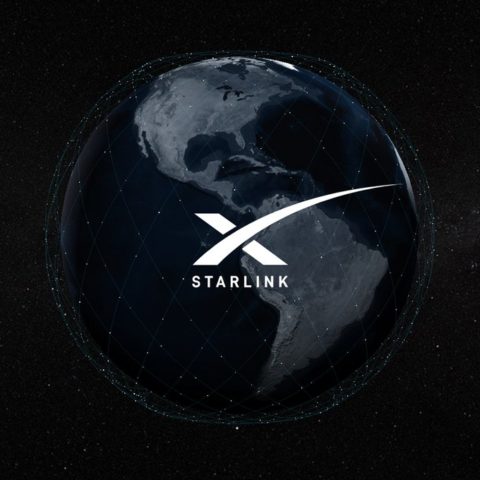 SpaceX has launched over 1,500 Starlink satellites to date. Its most recent mission went off successfully and should continue to help cover the northern U.S., Canada and the U.K.

Now, according to new data released by Ookla (via PCMag), we have some initial data on the download speeds the service provides across North America. Ookla examined the median download results Starlink users logged on Speedtest.net during the first quarter of 2021.

According to the report, Starlink’s median download speeds in Canada ranged from 53.6Mbps in Ontario to a high of 80.6Mbps in Saskatchewan. 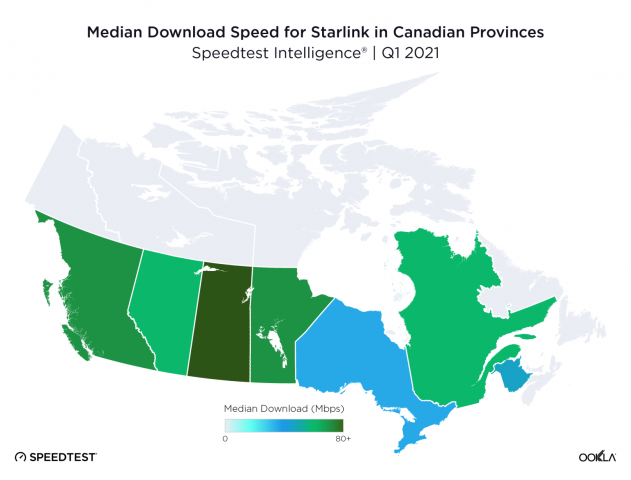 Ookla also compared the Starlink speeds against existing ground-based internet providers on a county level, but it’s important to note that Canadian provinces are far larger than US counties, encompassing more competition. 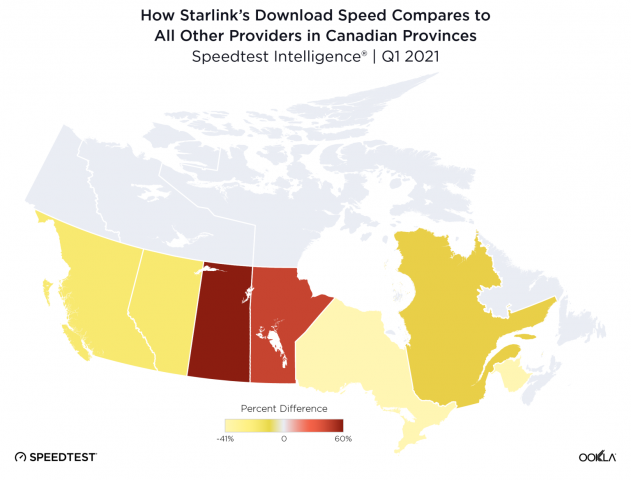 The United States also sees similar download speeds as Canada. Ookla explains: “In the US during Q1 2021, median download speeds from Starlink ranged from 40.36Mbps in Columbia County, Oregon to 93.09Mbps in Shasta County, California,” the company says.

Starlink is SpaceX’s internet service that aims to provide connections to areas of the globe where this has typically been a challenge. SpaceX explained: “Unbounded by traditional ground infrastructure, Starlink can deliver high-speed broadband internet to locations where access has been unreliable or completely unavailable.”

SpaceX has not set a date for Starlink’s public launch, but a commercial service would not likely be offered in 2021 as it had previously planned.

The firm has 1,300 satellites in orbit as part of its mega constellation, and plans to deploy 12,000 as part of the full deployment, at a cost of about $10 billion USD.

“(Elon) Musk’s Starlink experiment is certainly fascinating and we applaud any effort to get better service for rural residents,” Ookla writes in the blog post. “That said, it’s clearly early days for Starlink. We’ll be watching to see how performance improves as more satellites are launched and as more users join the service.”