Ookla has analyzed fresh data from Q3 2022 for SpaceX’s Starlink, HughesNet, and Viasat in North and South America, in the Speedtest company’s ongoing series on satellite internet.

According to the data, Starlink download speeds dropped in Canada by at least 14% and the U.S. by nearly 17% from Q2 to Q3 2022, while speeds remained roughly the same in Chile quarter over quarter.

Starlink upload speeds remained roughly unchanged in all three countries Ookla surveyed during Q3 2022, improving marginally in Canada and Chile, and essentially staying the same in the U.S. 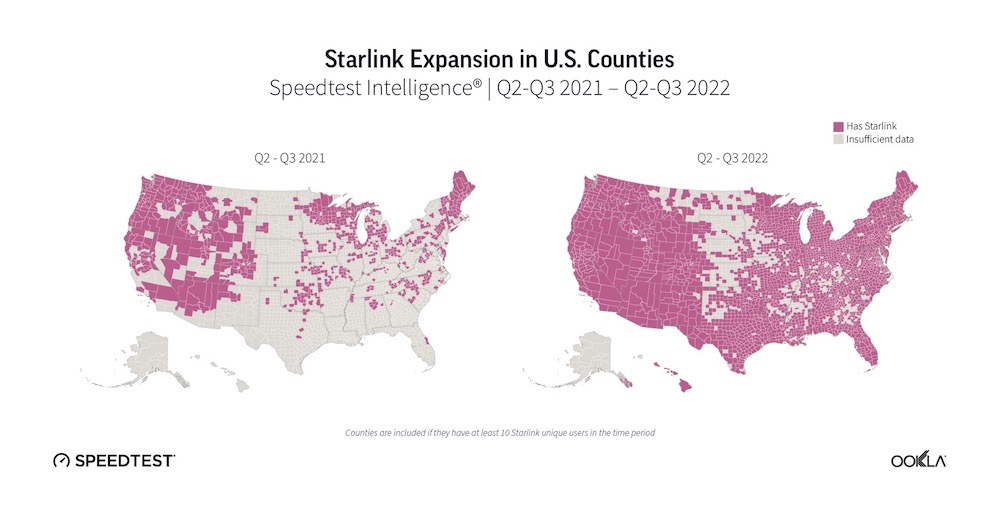 Starlink in Puerto Rico and the U.S. Virgin Islands had the fastest satellite internet in North America.

Some of the key takeaways include:

The full Ookla report is available via this link.