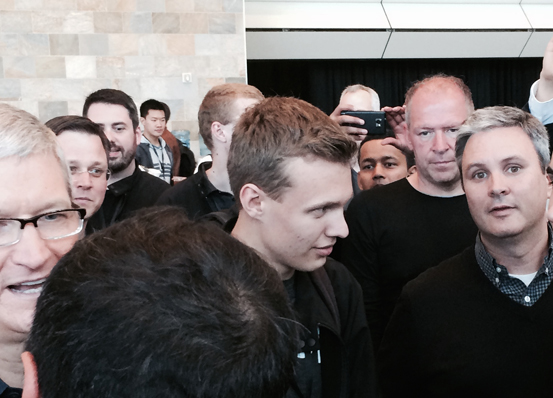 Sources close to Apple tell Code/red that Dowling was tapped as interim head of public relations last week by CEO Tim Cook, who has been looking to put a friendlier, more approachable face on Apple’s public relations efforts.

The interim position filled by Dowling comes as the company continues its search for a replacement PR head outside the company, with recent rumours pointing to former White House Press Secretary Jay Carney as a consideration.

Dowling is a former CNBC journalist and is said to be “close” friends with CEO Tim Cook, according to recent expose on Apple’s PR machine by Mark Gurman of 9to5Mac, which claimed sources noting the communications executive is “smarter than Katie [Cotton]”. The report on Dowling also noted Apple reporters viewing the former as laid back and kind, a different approach compared to the more blunt Cotton, which Re/code has echoed.