Rumours having begun to swell about something called the “Xbox Stream Box” that will allow users to bring the Xbox experience to non-internet TVs as well. 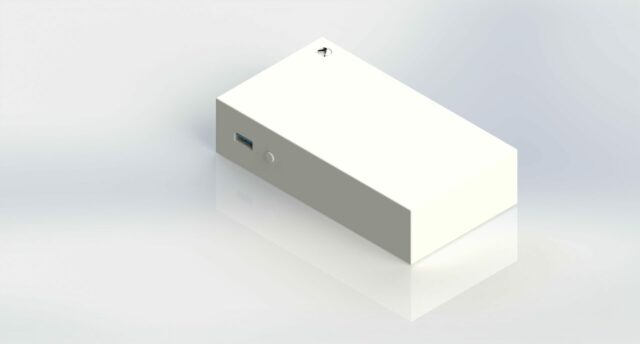 Images were shared by a Twitter user, who posted the renders along with an image of a now-deleted anonymous post from what appears to be 4Chan. The images show a small, almost Xbox Series S-like device which is apparently “a little thicker and wider than a deck of playing cards”.

While we’re skeptical of their legitimacy, the rendered images suggest such a streaming-focused console could draw inspiration from the compact Xbox Series S.

The images also show off a variety of ports, including ethernet, HDMI, USB-C, and a front-facing USB-A port. The box will allegedly have Wi-Fi, will be compatible with any Xbox controller, and wireless keyboard and mouse support is apparently planned.

The device will reportedly support party chat and allow players to download compatible Xbox apps such as Disney Plus.

Like the Xbox Series X and Series S, the rendered images show off a pairing button (next to the USB port) that will also allegedly act as an IR receiver.

Microsoft has confirmed that it’s been working on its own Xbox streaming devices, so a dedicated Xbox streaming box that costs significantly less than an Xbox console, makes total sense. But is this it?