Fans of classic video games might want to start stocking up on Power-Up Mushrooms and saving those extra pennies for a flight to Osaka, because Universal Studios Japan has just released their first piece of Super Nintendo World concept art, giving us a glimpse of what the new Mario-centric land will look like when it debuts in 2020. 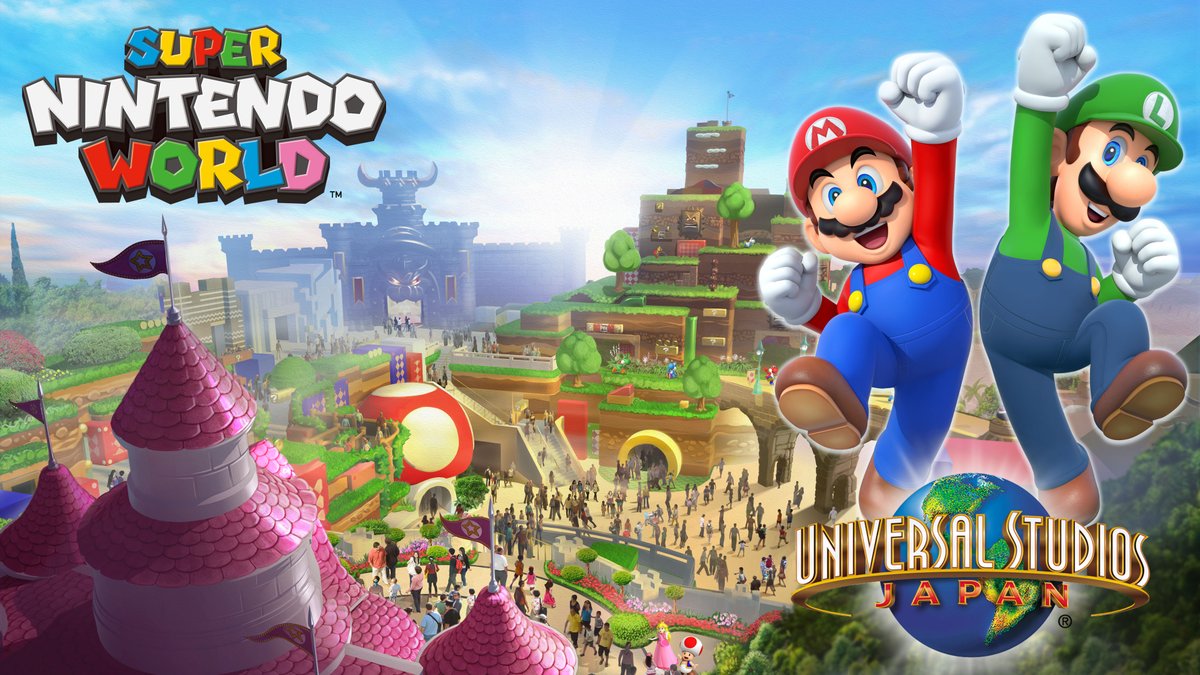 Image courtesy of Nintendo of America

According to a report from Engadget, Super Nintendo World in Osaka is targeted to open in time for the 2020 Tokyo Olympics and will be comprised of expansive and multilevel environments filled with unprecedented, state-of-the-art rides, interactive areas, shops and restaurants, all featuring Nintendo’s most popular characters and games. Development cost at Universal Studios Japan is currently expected to exceed 50 billion Yen ($433 million US).

Super Nintendo World will feature characters and themes from the “Super Mario” series, which has continued over the years to win the hearts of devoted fans around the world. The attraction area will also feature a variety of other globally popular Nintendo characters.

Nintendo characters and the worlds they inhabit will be re-created at the highest level of detail through the strong partnership between Shigeru Miyamoto, a Creative Fellow at Nintendo, and Mark Woodbury, President of Universal Creative, both renowned for their creative and technical excellence. Super Nintendo World will allow guests to fully immerse themselves and all five senses in the worlds of Nintendo, and is expected to attract guests from Japan and the world over.

Later this week, Nintendo will release its first-ever mobile video game on the iOS platform, “Super Mario Run.” The game will be available for download on December 15. Along with the upcoming Nintendo Switch console launch in March 2017, Nintendo appears to be making a comeback.