Apple has announced users of Swift Playgrounds for iPad, will soon be able to learn how to code for robots, drones and musical instruments. The company is working with device makers to allow Bluetooth-enabled robots to work within Swift Playgrounds, which will let students program and control devices such as LEGO MINDSTORMS EV3, Sphero SPRK+, Parrot drones and more. 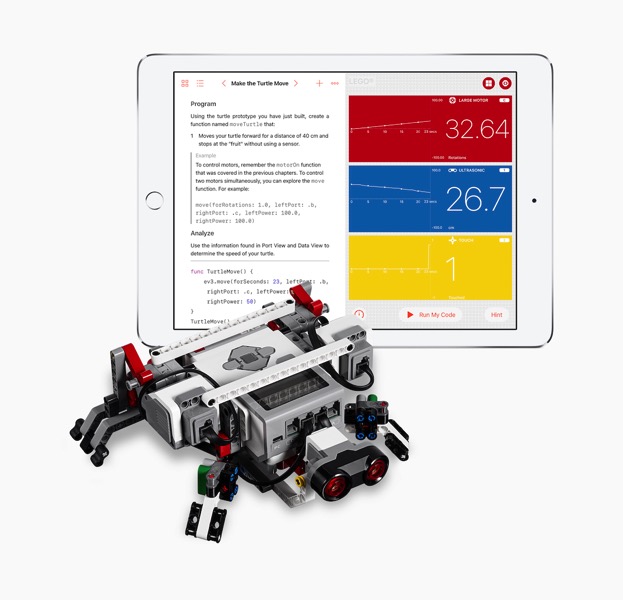 “More than 1 million kids and adults from around the world are already using Swift Playgrounds to learn the fundamentals of coding with Swift in a fun and interactive way,” said Craig Federighi, Apple’s senior vice president of Software Engineering. “Now they can instantly see the code they create and directly control their favourite robots, drones and instruments through Swift Playgrounds. It’s an incredibly exciting and powerful way to learn.”

This announcement, along with the earlier news of App Store developers having earned over $70 billion since 2008, appears to be part of Apple’s pre-WWDC news releases, allocating more time for Monday’s upcoming keynote towards other goodies, which could be in the form of new Macs, iPads and a ‘Siri Speaker’.