A month after Apple officially launched its mobile payments service in Switzerland with three partners, another regional bank has joined the trend: Graubündner Kantonalbank (GKB) announced today that it will offer its clients Apple Pay (via FiNews). 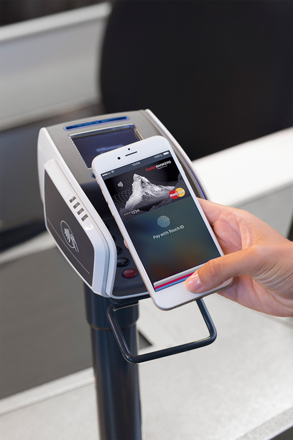 GKB customers only need a Swiss Bankers MasterCard Prepaid card or Travel Cash card in order to start using the service. It costs 45 Swiss francs (~CAD$61) a year to own such a card. The banks operates in touristic regions of St. Moritz and Arosa.

GKB offers various cards to its customers such as Maestro, HCD, MasterCard, Visa and several prepaid MasterCard cards. Among those are the ones issued by Swiss Bankers, giving the regional bank the opportunity to offer the Apple Pay service to its customers.

Apple has today highlighted how the company and its employees support organizations and communities around the world through volunteering, donations, and learning programs. Since its inception 11 years ago, Apple’s Employee Giving program has raised over $880 million dollars for almost 44,000 organizations globally. That includes the work of more than 76,000 employees who have...
Usman Qureshi
14 mins ago