Target isn’t dead in Canada just yet, but the retail giant aims to liquidate its existing store inventory within the next 2-3 weeks. Before that happens, the company still in operation as usual and its latest flyer, which goes into effect tomorrow, does list some Apple deals people can jump on. 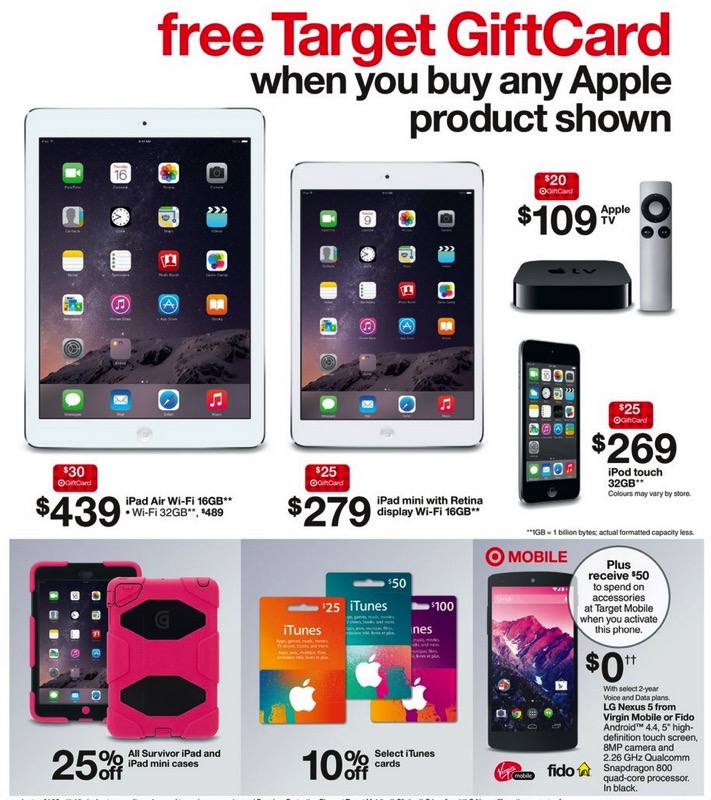 An iPad mini 2 looks like a decent price at $254 if you take into consideration the gift card. The flyer prices go into effect from January 23-29. Let us know what you’re going to jump on!