TD Canada has launched a promotion to educate and promote mobile cheque deposits through their iOS app, by offering customers $5 for free. 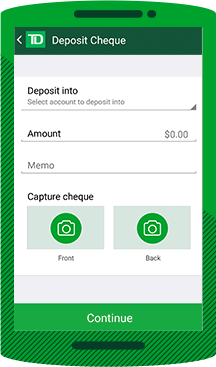 According to a TD customer service representative we spoke with, customers just need to visit a TD Canada Trust branch, bring their own cheque and then will be shown how to make a mobile deposit. Once this is complete, customers will be given $5.

The move looks to encourage customers to deposit cheques via their smartphones, instead of showing up at TD branches, therefore eliminating lines at tellers. However, during this promo, if people are indeed learning how to make a mobile deposit, expect some longer waits for those new to this technology.

TD Canada launched mobile cheque deposits during the fall of 2014. Their iOS app has not been updated for iPhone X yet. Let us know if you’re going to try this!