For those iPhone users that are looking to charge their devices using the sun’s energy, there’s a crowd-funding project that’s on Kickstarter that’s promising to be the world’s thinnest and lightest solar charger.

The product is called Solar Paper and has already raised almost $460,000, or approximately 9 times its original $50,000 goal. The funding campaign still has 31 days to go, and the first Solar Paper device should start shipping in September. 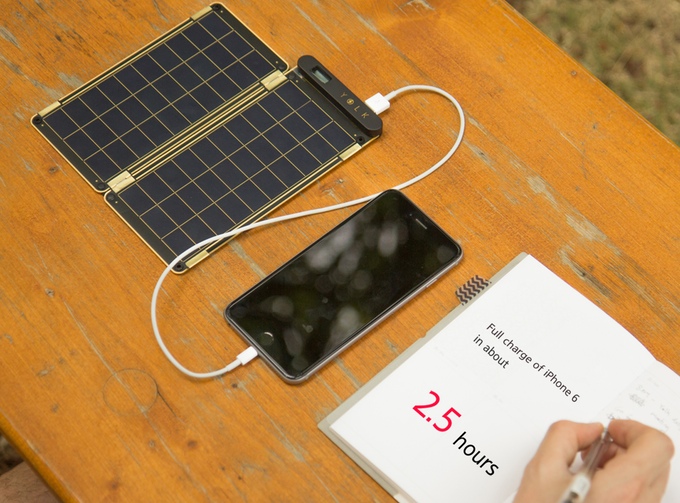 The cheapest Solar Paper charger will cost around $120 when it becomes commercially available, but is selling for as little as $69 on Kickstarter.

The device measures just 19 x 9 x 1.1cm when folded and weighs a mere 120 grams. In addition to charging an iPhone, Solar Paper can charge a variety of devices like Android smartphones, GoPro cameras, tablets, and any gadget that charges over USB. Larger devices may request additional solar panels, so make sure you are selecting the appropriate package for your device.

According to the Kickstarter video (shown above), Solar Paper can be fully charged in 2.5 hours, which is rather impressive.