The iPhone 5s has become a hot commodity due to its worldwide shortage, with thieves going so far as performing armed robberies of a TELUS dealer. Now, it appears they are targeting UPS deliveries of Rogers iPhone 5s upgrades, as iPhoneinCanada.ca reader @canuckglamgirl informs us her package had its contents stolen.

Her package had the iPhone 5s inside stolen with only her Rogers contract documentation and nano SIM card intact. The bottom of her box shows it was re-sealed using white tape and signs of being tampered with. She tells us the packages were coming from Concord, so that could be where the theft occurred.

As for her missing phone? She tells us Rogers is investigating which means she’ll have to wait even longer for her iPhone 5s. The picture below was taken at a UPS Store in Kitchener. 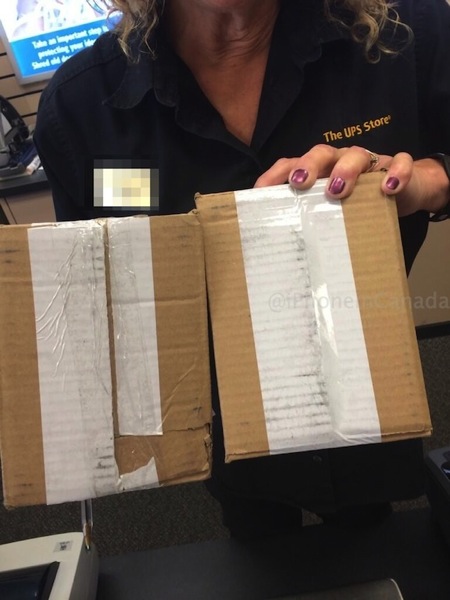 iPhone 5s models, in particular gold models, are selling at a premium on eBay. The last time we checked, a 32GB model in gold sold for $1,400, almost $600 higher than Apple’s retail price. Let us know if your Rogers iPhone 5s delivery arrives intact or not!