Apple CEO Tim Cook took the opportunity to reiterate the company’s position on strong encryption and its refusal to create a backdoor to its own mobile operating system for law enforcement agencies (see San Bernardino case) when stopping by at the yearly meeting of the Utah Technology Council (UTC). 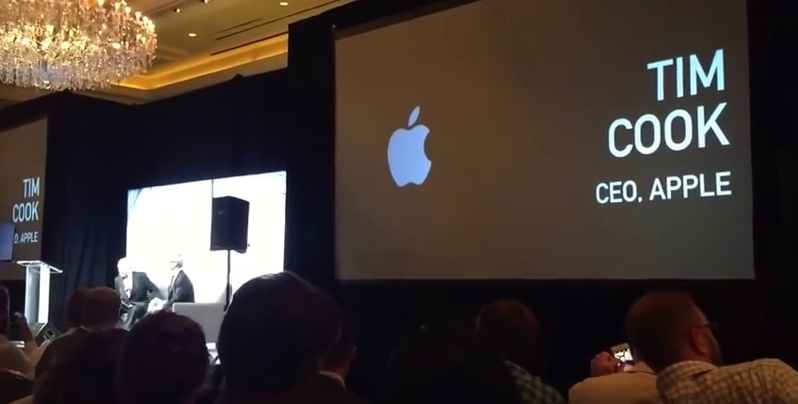 Speaking to about 1,400 industry executives, tech workers, etc., Cook expressed Apple’s belief that the only way to protect both privacy and safety from cyberattack is to encrypt, as cited by the Salt Lake Tribune (via 9to5Mac).

Encryption was the main topic of Cook’s speech. He noted that encryption is “one of the biggest issues” Apple is facing, and that the company feels responsible for protecting its customers.

He also touched on another topic, augmented reality, an area Apple seems to be very interested in. He compared the significance of augmented reality (AR) to virtual reality (VR), with AR becoming the clear winner for the iPhone maker, but VR being big from an educational point of view.

“I do think that a significant portion of the population of developed countries, and eventually all countries, will have AR experiences every day, almost like eating three meals a day, it will become that much a part of you, a lot of us live on our smartphones, the iPhone, I hope, is very important for everyone, so AR will become really big. VR I think is not going to be that big, compared to AR. I’m not saying it’s not important, it is important.

You can watch Tim Cook’s surprise appearance at the UTC in the video below: