Earlier this week a video showing a group of African students being asked to leave an Australian Apple Store because staff were concerned they would steal something from the store went viral and caused widespread outrage on social media. The video triggered apologies starting the store manager and Apple itself in a statement sent to Buzzfeed. 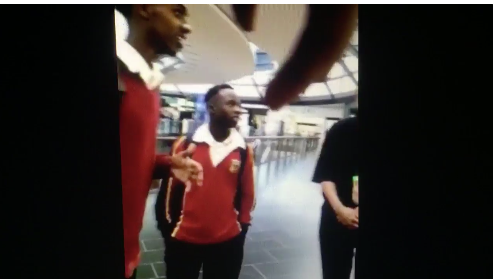 “Inclusion and diversity are among Apple’s core values. We believe in equality for everyone, regardless of race, age, gender, gender identity, ethnicity, religion or sexual orientation. That applies throughout our company, around the world with no exceptions,” Apple said in a statement to BuzzFeed News.

But, given the racist implications of the matter, that wasn’t enough: Tim Cook reflected on the matter and sent an internal memo to employees (via Buzzfeed), calling the incident “unacceptable” and adding that what people saw on the viral footage “does not represent our values.”

Our stores and our hearts are open to people from all walks of life, regardless of race or religion, gender or sexual orientation, age, disability, income, language or point of view. All across our company, being inclusive and embracing our differences makes our products better and our stores stronger.

As a result, while praising the senior manager for how she handled the situation, Cook said that store leadership teams across the world, starting in Australia, “will be refreshing their training on inclusion and customer engagement. These are concepts and practices they know well, but can always stand to reinforce.”

You can read Tim Cook’s letter in full on Buzzfeed.