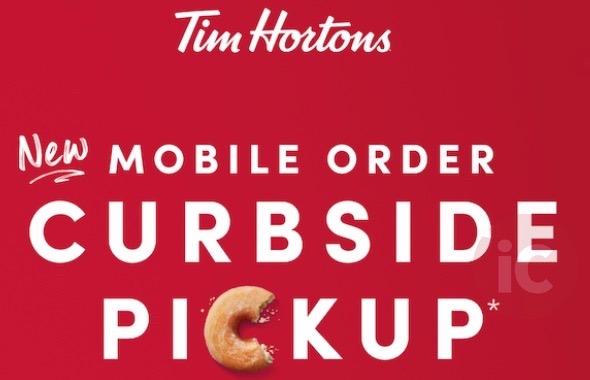 Tim Hortons has announced new mobile order curbside pickup at participating locations, as a convenient way to order coffee and food, due to the COVID-19 pandemic.

To place a Tim Hortons curbside pickup, just order as you would within the company’s mobile app, but select “Curbside” as your order type and describe your vehicle at checkout, so staff can find you.

When you arrive at Tim Hortons, tap the “I’m Here” button to let the restaurant know you’ve arrived and when your order is ready, an employee will deliver it right to your vehicle.

Adding curbside pickup for mobile orders means Tim Hortons joins what McDonald’s has had for a while now, when the latter debuted mobile orders years ago.

In early March, Tim Hortons abandoned paper cups for its Roll Up the Rim to Win contest due to COVID-19, while later into the month it closed in-store seating, to prevent the spread of coronavirus between customers and employees.