Just a few months ago, Jony Ive joined Marc Newson in an effort to design products for the Sotheby’s (RED) Charity Auction. The auction took place in November and helped raise money to help fight AIDS in Africa. The charity sale consisted of 40 products, ranging in categories, designed by Ive and Newson.

Among some of the products they designed were a Product(RED) Mac Pro and a pair of solid rose gold Apple EarPods. Today, tweets from Kevin Abosch revealed pictures of Tony Fadell, ‘Father of the iPod’ and current CEO of Nest, with both products which cost Fadell a pretty penny at auction.

In the first tweet we see a picture of Fadell with the Product(RED) Mac Pro which sold for $977,000.

Both 1 of a kind… @tfadell with the (RED) Mac Pro and he’s already trying to hack it!! pic.twitter.com/BME8m2HAQn 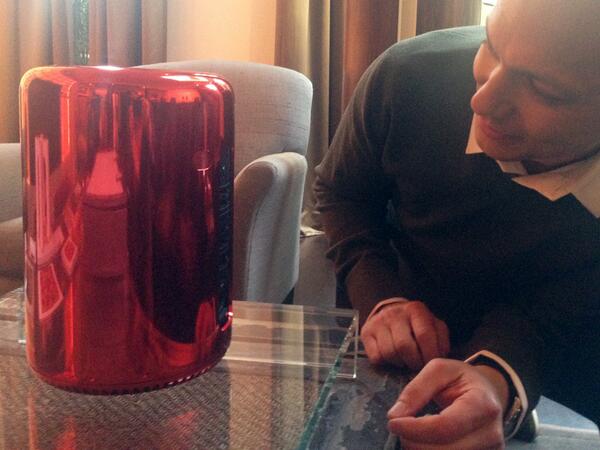 In the second picture we see Fadell with the solid rose gold Apple EarPods which sold for $461,000.

My friend @tfadell stopped by with 1 of a kind solid rose gold earbuds. Very cool! Thank you!!!!!!!!!! pic.twitter.com/RUc6hpD0JG 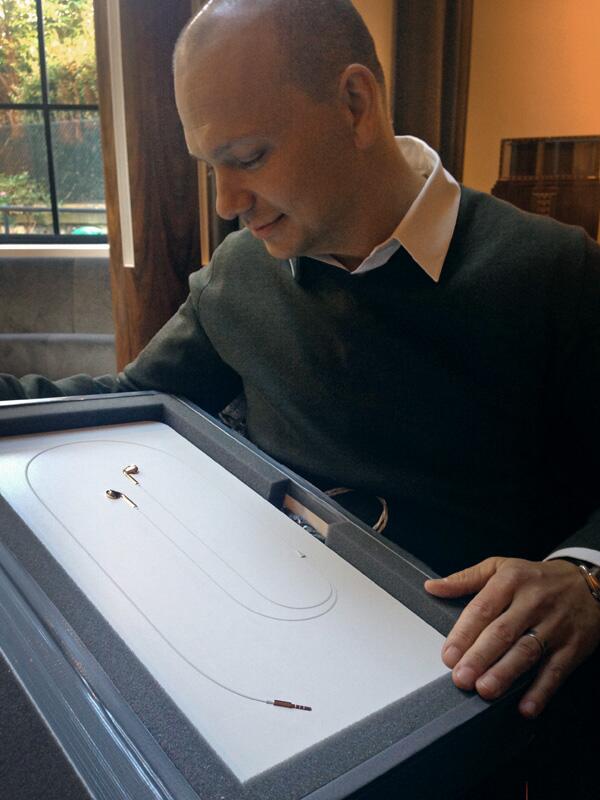