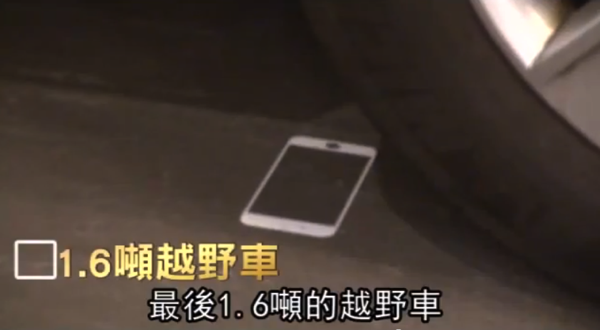 We’ve seen the alleged iPhone 6 sapphire glass front panel subjected to a couple torture tests, but none managed to shatter or mark the glass. In other words, the first impressions are very positive. But is this type of glass unbreakable? The more recent torture test shows it isn’t.

As you can see from the video below, the alleged iPhone 6 front glass, which is the result of a strategic partnership between Apple and GT Advanced, is very hard to break. The guys from Apple Daily (via NowhereElse) tested its strength using different objects and tools: a coin, a cutter, a hammer and nail, without even scratching the surface.

So the iPhone 6 sapphire glass resisted the usual (and not so usual) scratch tests, but would it resist the weight of a car? Well, in case you were wondering: nope. The opposite would have been a surprise, though.

Apple is widely expected to release the iPhone 6 in 4.7- and 5.5-inch versions later this fall. Both handsets are said to feature sapphire glass, among other improvements.