Prime Minister Justin Trudeau said that forcing tech companies to share ad revenue with Canadian media outlets in not a priority in light of the current COVID-19 pandemic. 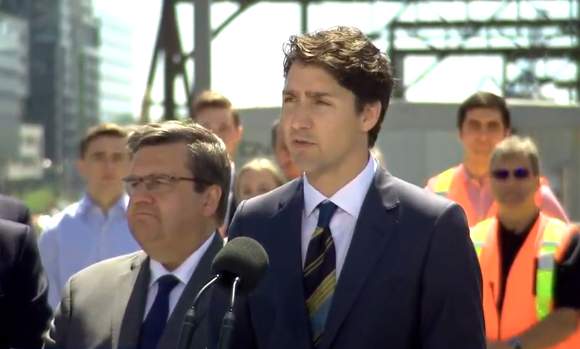 A new Globe and Mail report explains that despite publishers’ calls to force Facebook and Google to “pay their fair share,” his administration isn’t prioritizing the issue during the current global pandemic.

During an appearance on Quebec talk show Tout le monde en parle on Sunday, Mr. Trudeau was asked about an open letter from a group of Canadian newspaper executives asking for financial assistance during the economic shutdown. The group is urging the federal government to follow the examples set by France and Australia in forcing tech companies to “pay for news displayed on their platforms but produced by local outlets.”

Both France and Australia have ordered Google and Facebook to share ad revenue derived from news stories of local media outlets, forcing them to pay publishers for the articles that have appeared on their platforms.

“The model exists. The need is clear. Let’s apply those principles of fairness in Canada, and do it now,” the executives wrote.

Trudeau, on the other hand, says that despite commitments to do so, such financial redistribution isn’t a priority at the moment.

“We made commitments during the election that we would look at that, that we will bring in measures in co-ordination with the global community to ensure a better balance,” said Trudeau. “It’s not our priority right now, with COVID.”

The report notes that industry groups have been concerned about the migration of ad revenue to tech companies instead of content producers has hurt Canadian media outlets. Recently, the COVID-19 pandemic has accelerated the industry’s financial crisis.