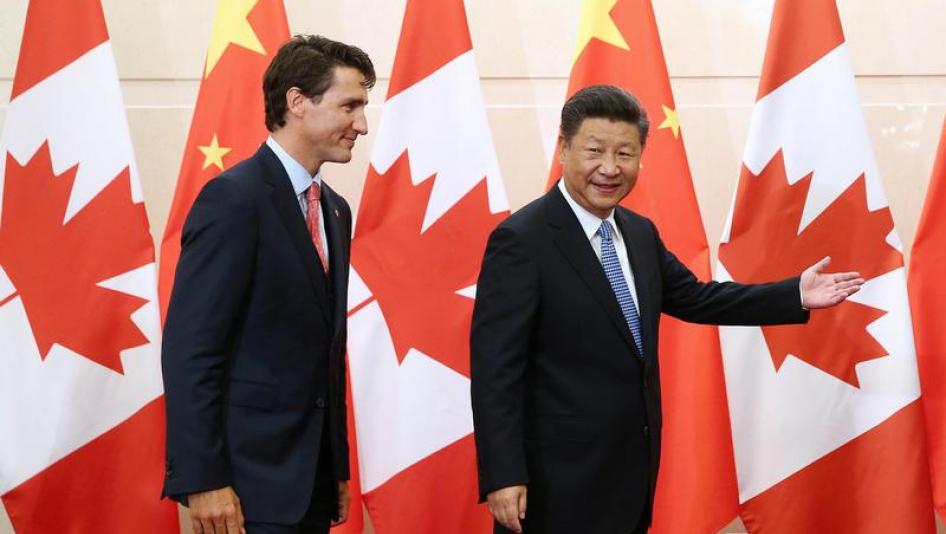 According to a new report from The Globe and Mail, Mr. Trudeau has been asked to gather a team of deputy ministers and security officials to conduct an investigation into whether the Chinese telecom giant Huawei poses cybersecurity danger due to the company’s close ties with China‘s ruling Communist Party.

Over the past several years, Huawei has expanded its Canadian operations, making its equipment available to the country’s major telecommunications carriers’ infrastructure. Many of these Canadian carriers also sell Huawei phones.

Additionally, Huawei has partnered with a number of Canadian universities as well as invest more than half a billion dollars in researching 5G technology, the next-generation cellular network.

“If I was Mr. Trudeau, I would say I want all of you in the intelligence community to tell me the length and breadth of what is going on here and to recommend to me some actions that mitigate it … [and] if we are at risk,” says Andy Ellis, a former assistant director of operations at the Canadian Security and Intelligence Service.

According to Ellis, along with U.S. and Canadian security and intelligence officials, Huawei could potentially use 5G technology for espionage, something that Huawei spokesman Scott Bradley denies vehemently.

Minister of Innovation, Science and Economic Development Navdeep Bains, to whom Trudeau referred the matter, said “our government will never compromise national security and will always listen to the advice of public-security officials.”