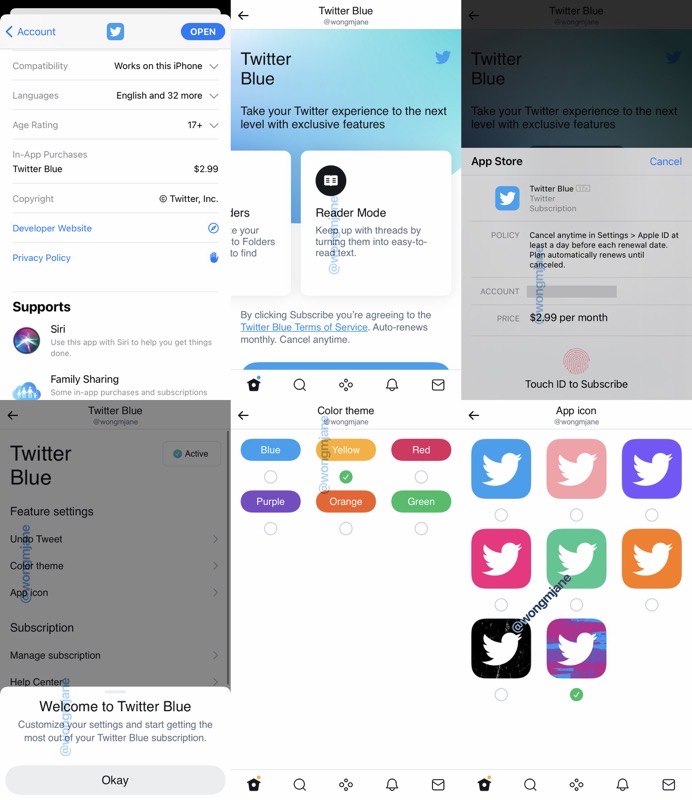 Twitter has leaked its Twitter Blue subscription service pricing in the U.S. App Store, as the in-app purchase will cost $2.99 USD per month, according to Jane Manchun Wong’s discovery.

Wong first found evidence of Twitter Blue earlier this month, but on Thursday, she said the in-app purchase was available in Apple’s App Store. She ended up paying and subscribing to the service to share what’s actually inside.

Twitter confirms “Twitter Blue”, which costs $2.99 per month by publicly including such In-App Purchase on the App Store

Wong pointed out Twitter Blue doesn’t come with fewer ads at this point in her early testing, but one would hope the paid feature would include more than just custom colors, collections, an undo feature and a reader mode.