The Toronto Blue Jays are set to take on the Baltimore Orioles later tonight in Toronto, in the MLB American League Wild Card game.

Just in time for the match up, Twitter has launched their custom emojis for the Blue Jays and other teams in the post-season. All you have to do is tweet #OurMoment and you’ll see the following maple leaf: 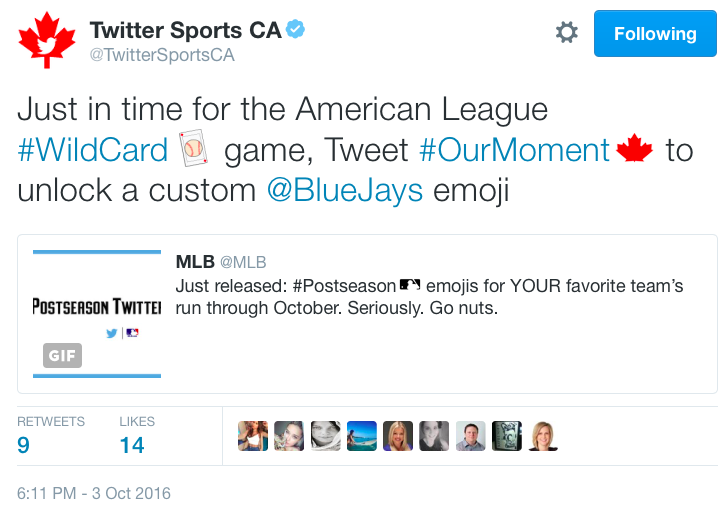