Twitter is rolling out a new website and app design, complete with fresh font, higher-contrast colors, and less “visual clutter.” 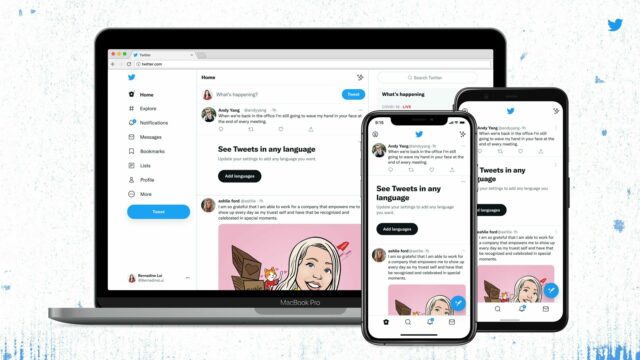 Twitter unveiled some design tweaks Wednesday with the aim of making its platform “more accessible, unique and focused on you and what you’re talking about.”

Today, we released a few changes to the way Twitter looks on the web and on your phone. While it might feel weird at first, these updates make us more accessible, unique, and focused on you and what you’re talking about.

I want to give a bit more depth to Chirp, our new typeface.

Type, in 280 character doses, is the foundation of Twitter. In the history of the company we’ve either relied on someone else’s typeface, from SF Pro and Roboto, to Helvetica Neue in our brand. pic.twitter.com/OrvlYsxF9g

“Chirp strikes a balance between messy and sharp to amplify the fun and irreverence of a tweet,” Donna Lamar, global executive creative director for Twitter, wrote in a January blog announcement. “But [it] can also carry the weight of seriousness when needed.”

Not everyone is a fan, though. CNET reports that a number of users are complaining of headaches and urging Twitter to let folks revert the font, saying that “it’s incredibly difficult for me to read with, and it physically hurts to look at it.” A company spokesperson told the news site that “while it does take people a little time to get used to it, overall they like the change.”

The company also tweaked its use of color. It says it went out of its way to use less blue and increase contrast so that both frequently used icons and visual content like images stand out. If you’re a fan of customization, Twitter plans to roll out additional color palettes soon.

“This is only the start of more visual updates as Twitter becomes more centered on you and what you have to say,” the company said.