Twitter Expands ‘Safety Mode’ Feature to Canada and Other Markets 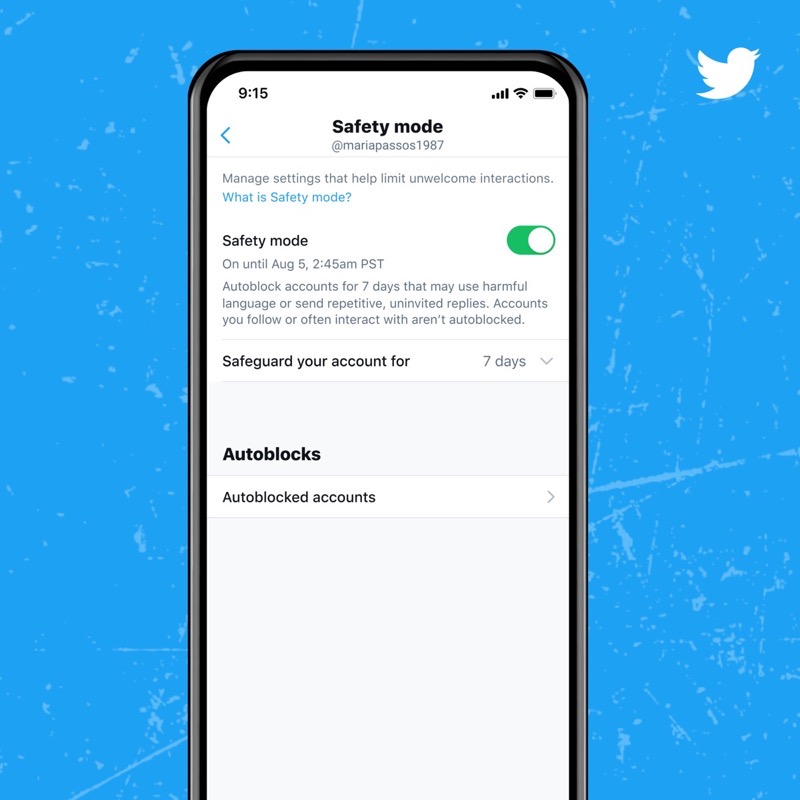 Back in September 2021, Twitter announced a new Safety Mode feature, which can temporarily autoblock accounts for 7 days that might use harmful language or send repeated, uninvited replies.

Twitter confirmed in an email late Tuesday the new Safety Mode feature is now available in Canada, along with the US, UK, Australia, Ireland, and New Zealand. Twitter told iPhone in Canada nearly 50% of Canadians on Twitter will have access to this feature, as of yesterday.

“Safety Mode on Twitter proactively detects potential harmful or uninvited replies or mentions, and will prompt people to turn on the feature. It also provides a preview of the accounts we suggest that the user block and the interaction that triggered it,” explained the company.

Accounts blocked will temporarily be unable to follow your account, see your Tweets, or send you Direct Messages.

When Safety Mode was first announced last fall, it was tested only with a small number of users, but has now expanded to Canada and a handful of other markets.