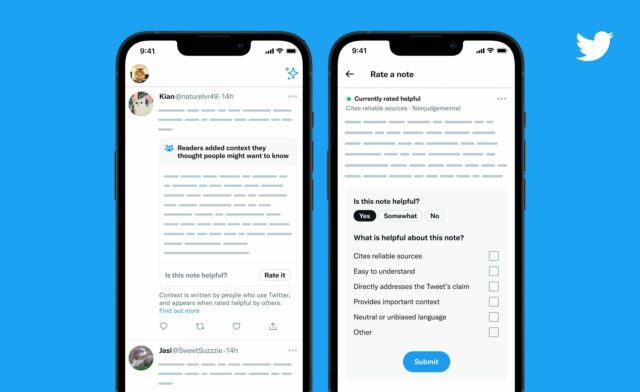 Twitter is expanding its reach for its ‘Community Notes’ fact-checking system. Moving forward, Canadian contributors can join the initiative to help stop the spread of misinformation on the platform.

The official Community Notes announced that they are now admitting contributors from Canada. Eager users who wish to help combat the spread of misinformation across Twitter can sign up using the link available.

Clicking the link, Canadian users are shown a pop-up window with some clarifying information. In four bullet points, Twitter’s Community Notes states, “Anyone on Twitter whose account meets the eligibility criteria can sign up to help.” In addition, all contributors start with the ability to rate notes and can “earn the ability to write” notes over time.

Much like the name suggests, the feature is community focused. Therefore, “Notes aren’t chosen by majority rule.” Finally, Twitter emphasizes that it doesn’t “choose what shows up” and that the “people do.” As it’s been previously reported, Community Notes is open source and publicly available on GitHub. The data behind it is also publically available, maintaining a level of transparency across the board.

In an in-depth Help Center page for Community Notes, Twitter explains the importance of having a community-driven initiative curbing the spread of misinformation. Its aim is to “create a better-informed world by empowering people on Twitter to collaboratively add context to potentially misleading Tweets.”

In a time when Musk is leading the charge on Twitter, Community Notes may be greatly utilized and emphasized. It’s important to keep in mind that a lot of Twitter’s moderation tools were driven by staff previously. However, after the acquisition, Musk laid off 75 percent of the company. To keep costs down, it only makes sense that the company is now prioritizing the more cost-efficient Community Notes. Though, its overall impact on the platform is still yet to be determined.