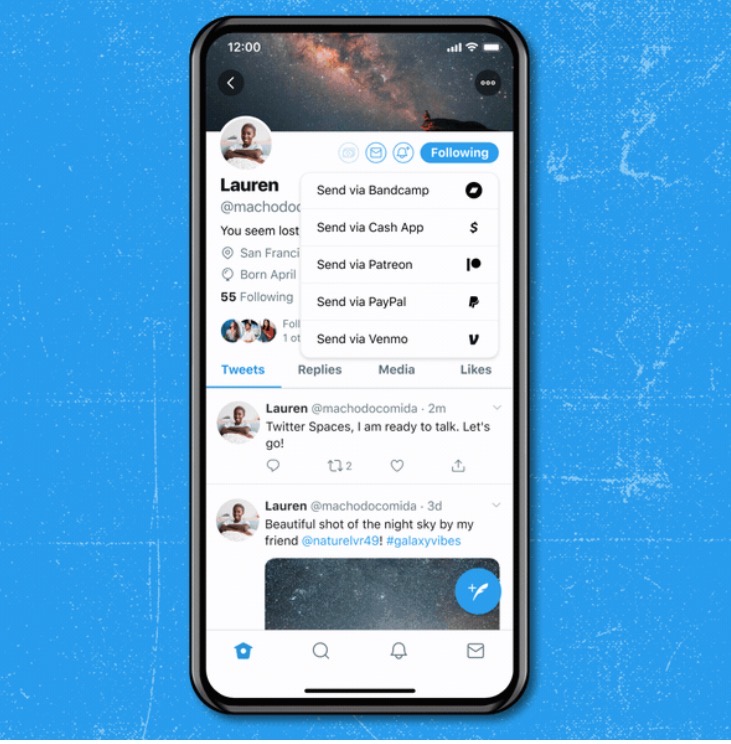 Twitter has announced a new feature called Tip Jar, to let users send and receive tips to one another.

Right now, Twitter says the feature is only for a “limited group of people” worldwide at the moment, to let them add the ’Tip Jar’ to their profile and accept tips, including creators, journalists, experts and nonprofits, with expansion soon to more people and languages. A Twitter spokesperson confirmed to us the feature is available in Canada.

On Android, tips can also be sent within Spaces.

“Tip Jar is an easy way to support the incredible voices that make up the conversation on Twitter. This is a first step in our work to create new ways for people to receive and show support on Twitter – with money,” said Crawford.