Twitter announced a new feature called Moments last October for users in the United States, which brings the best of what’s happening on the social network, easily accessed via a new tab along the bottom of the iOS app.

Moments is currently available in the United States, UK and Brazil, while Australia just had their launch Wednesday local time. The curated Moments feature is usually led by an editorial team with online journalism backgrounds.

Twitter’s worldwide Moments curation team lead, Andrew Fitzgerald, told The Australian Financial Review the new feature is geared “for users who are new to Twitter or have come to Twitter a few times but have had a hard time put together that timeline.”

Essentially Moments will make it easier to digest the best content on Twitter—and its prime real estate will also be available for advertisers to create ‘sponsored’ Moments.

As for Moments in Canada? Many are seeing the feature appear within the company’s iOS app (including us), and a Twitter spokesperson confirmed to iPhone in Canada via email they are indeed currently testing the feature here, adding it’s “likely launching this April.”

After Moments appeared for us this evening, it disappeared upon force closing and re-launching the app, so it looks like testing is pretty random at this point in time. Check out the screenshots below: 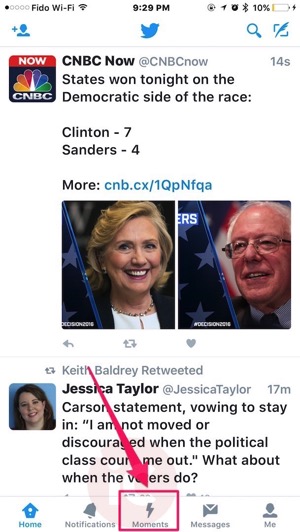 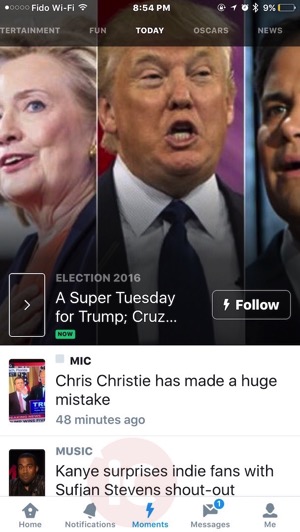 The Twitter Moments feature in Canada will be lead by Jennifer Wilson, a former online editor from the Toronto Star.

Are you seeing the Moments feature within the Twitter iOS app in Canada?

Meta is finally making digital collectibles available to everyone on Instagram in Canada, by enabling them to share and display their NFTs on the social media platform. Web3 technologies like blockchain and tokens like NFTs are an important aspect of the economic and community-building potential of the metaverse. Meta says enabling NFTs on its platforms...
Usman Qureshi
16 mins ago

In partnership with the Orange Shirt Society, Meta has announced the launch of a new AR effect on Instagram titled “Orange Shirt Day” to raise awareness about the impact of the residential school system. The effect, developed in collaboration with the National Centre for Truth and Reconciliation (NCTR), is inspired by the experience of residential school...
Usman Qureshi
39 mins ago

Apple has removed The OG App, an ad-free and suggestion-free Instagram client created by a startup called Unf1feed, from the App Store — reports TechCrunch. The iPhone maker explained in a statement to TechCrunch that The OG App was removed earlier this week for violating Instagram owner Meta's terms of use for the service, which in...
Nehal Malik
41 mins ago