Twitter Launches Moments to Desktop Users to Create Own Stories

Twitter has announced today Moments has launched for everyone on desktop, meaning you can now create your own story with tweets. Just login to Twitter.com, go to your profile, and click on ‘Moments’ beside your ‘Lists’ (we’re not seeing the option yet in Canada). 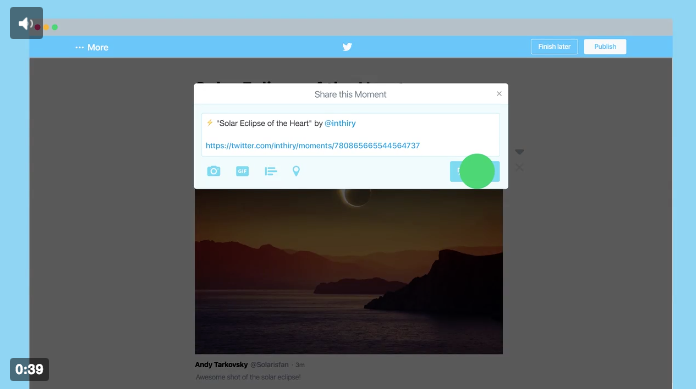 For everyone who wants to make a Moment – starting today you can! Creators everywhere can now tell stories with Tweets. pic.twitter.com/ZJtNBoTPWf

From here, you can then create your Moment by adding your tweets, choosing a cover photo then publishing it for the world to see.

Twitter launched Moments in Canada back in April, which is a curated set of current news stories and trending articles.