Twitter Polls Get Small Update: Can Now Last Up to 7 Days

Twitter Polls launched back in October and allowed users to create any 24 hour poll to direct at their followers. The company has let us know the feature has received an update today to allow polls to be extended—for up to seven days. 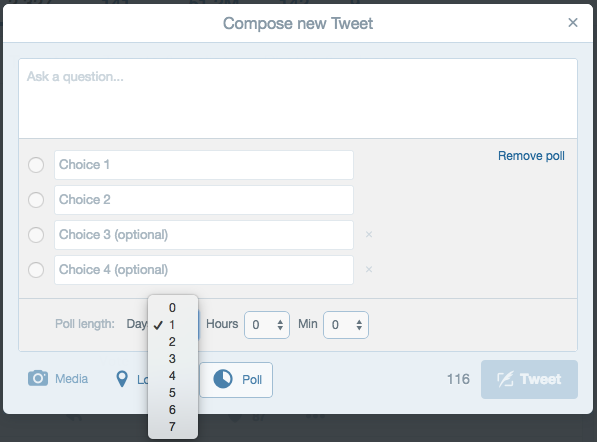 Twitter Polls can be crucial for answering burning questions, such as “Is this a good selfie from the gym’s bathroom mirror?” or “Does my face look pale after eating Chipotle?”. So if you have an interesting poll to create, go ahead and make it last a full week, so you get more than enough responses.