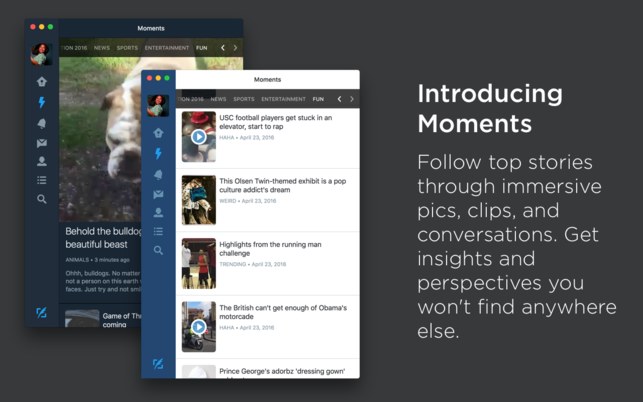 We’re focusing our efforts on a great Twitter experience that’s consistent across platforms. So, starting today the Twitter for Mac app will no longer be available for download, and in 30 days will no longer be supported.

The company says that it is discontinuing the app to focus its “efforts on a great Twitter experience that’s consistent across platforms.” Starting today, if you want to get a full Twitter experience on the Mac, you are encouraged to use Twitter on the web.

The company’s app for the Mac has never received that much attention and was lacking in feature compared to its mobile apps and its web solution. Last September, Twitter decided to remove their app from the Apple Watch, as it was presumably not gaining as much user attention as they originally expected.

For those who still want an app for Twitter on the Mac, you can checkout third-party solutions such as Twitterrific or Tweetbot.