Uber has appointed Expedia CEO Dara Khosrowshahi to be its new chief executive, a source familiar with the ride-sharing company said. 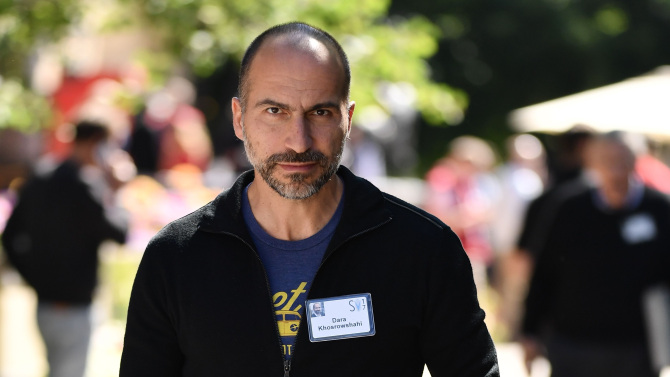 According to a new report from Recode, he will replace ousted CEO Travis Kalanick and faces the difficult task of changing Uber’s culture that has included sexual harassment and allegations of deceit and corporate espionage. Uber also is losing millions every quarter as it continues to expand and invest in self-driving cars.

While leading Expedia, Khosrowshahi was the highest paid CEO in the country, making $94.6 million in 2015. The two other finalists for the Uber position were reportedly Jeffrey Immelt, the former chief of General Electric, and Meg Whitman, the chief of Hewlett-Packard Enterprise.

Immelt withdrew earlier Sunday, he said on Twitter. The New York Times reports, “it became clear that he did not enough have support, said two people familiar with the process.”

Khosrowshahi is currently a member of the boards of directors of sports apparel and merchandise retailer Fanatics and the New York Times Co., and sits on the supervisory board of Trivago, a majority-owned subsidiary of Expedia. He received a bachelor’s degree in engineering from Brown University.

After several media outlets reported the CEO pick on Sunday night, Recode cited sources close to the other remaining candidate, who said Whitman “has not been informed of any choice nor had the board agreed to some the the things she was asking for to take the job.”

“Whitman was asking for a number of things, including less involvement of ousted CEO Travis Kalanick and more control over the board,” adds Recode.

Uber is currently available in select cities in Canada, with the service yet to (re)launch in B.C., but that could change this fall.