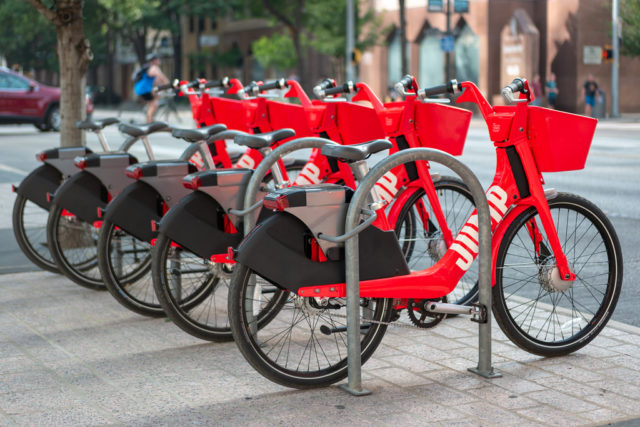 Uber is apparently working to integrate autonomous driving and sensing technology into their electric bicycles and scooters, according to 3D Robotics CEO Chris Anderson (via The Telegraph). Uber’s Advanced Technologies Group (ATG) made the announcement this weekend at a DIYRobocars event.

Such app-based services let you rent bikes and scooters for trips across town, with charges made by the minute. While some require the rider to leave the vehicle in a designated parking zone, others, such as Jump, are dockless, meaning you can leave them pretty much anywhere.

The ride-hailing firm entered the dockless electric bike and scooter hire market last year when it acquired US start-up Jump and has since said it will focus on those modes of transport for short trips. According to the report, Uber has begun hiring for a new “micromobility robotics” team that will fall under its Jump division.

The initiative is reportedly aimed at improving the efficiency — and bottom line — of the business, which currently relies on contractors to collect, charge and redistribute bicycles overnight, as well as carrying out any necessary repairs.

“The New Mobilities team at Uber is exploring ways to improve safety, rider experience, and operational efficiency of our shared electric scooters and bicycles through the application of sensing and robotics technologies,” Uber’s Advanced Training Group wrote in a Google Form soliciting applications.

Both the e-scooter and bike-sharing markets have become a proxy war in the larger ride-hailing market as various companies attempt to dominate the so-called “last-mile” of transportation.