Uber Will Suspend Operations in Alberta if There’s No Change 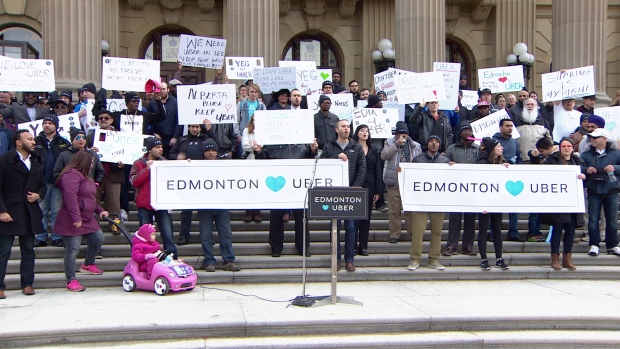 On Saturday, over 100 Uber drivers and supporters made their way to Alberta’s legislature with signs to demand the province to keep them on the road.

The group of drivers and supporters wants the province to approve Uber’s proposed insurance framework by March 1 so they can meet Edmonton’s bylaw requirements. Uber Alberta’s general manager Ramit Kar said that the ride-sharing service will be forced to suspend operations in Alberta if the government doesn’t act quickly. In a statement, Kar said:

“Despite our best efforts, things could grind to a halt next week Without action by the provincial government in coming days, Uber will have to suspend operations in Alberta altogether.

As it currently stands right now, given the situation that the provincial government has before it, we will, unfortunately, have to cease operations, and the thousand of riders and thousands of drivers will be impacted.”

Uber is looking for the government to show flexibility in the insurance regulations for those who drive for the ride-sharing company. In a statement, Alberta Transportation spokesperson Aileen Machell said they have been in talks with Intact Insurance, but as of yet no agreement has been reached.

If Uber were to suspend its service in Alberta, there would be thousands of people who turned to Uber for income that would be jobless once again.