Apple has started to ship unlocked iPhone 5c orders across Canada, with most having estimated delivery dates between 9/20-9/24, setting expectations arrivals might not be in time for Friday’s launch. As for iPhone 5c case orders, estimated delivery according to our tracking shows four more days.

iPhone 5c pre-orders are being handled by FedEx: 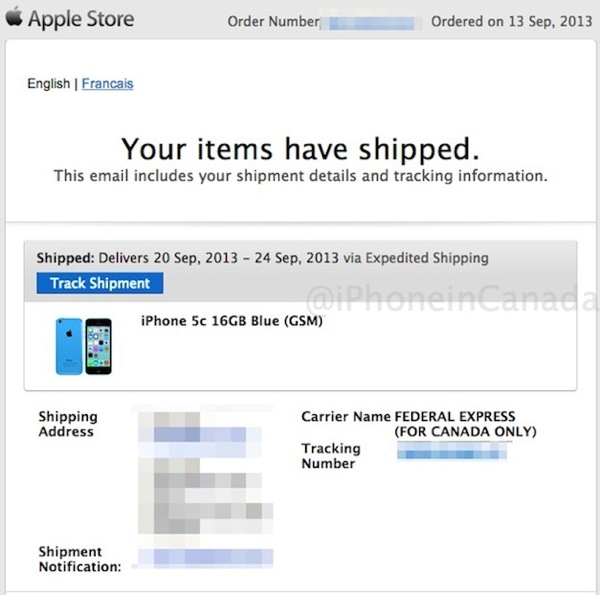 iPhone 5c pre-orders did not ship from China, rather from Middletown, Pennsylvania. Our order is currently in Calgary, Alberta. 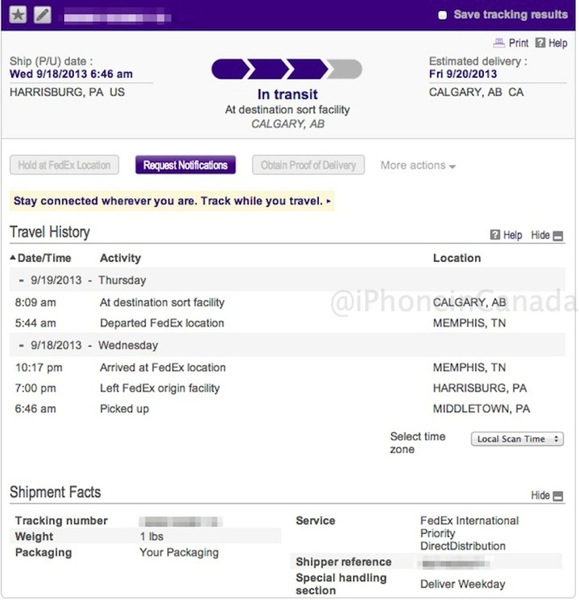 Yesterday Apple’s website was updated to reflect initial iPhone 5c pre-order stock had sold out, as shipping availability moved to 3-5 business days (but have since been updated to 1-3 business days).