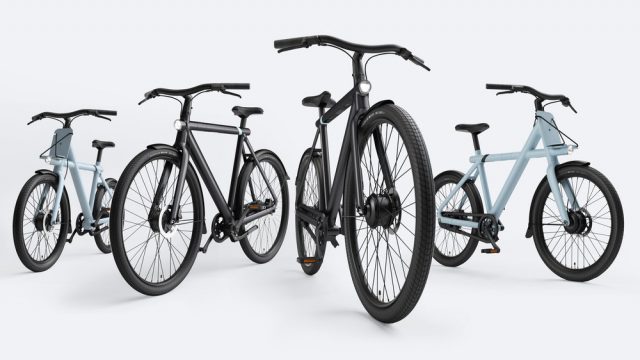 Dutch outlet iCulture was able to get some early hands-on time with the new bike that supports Find My and were also able to interview Job Stehmann, VanMoof’s head of product design.

The VanMoof exec spoke on how the company became one of the first brands allowed inside Apple’s “Find My” ecosystem, explaining that the partnership actually was the result of a forum post:

We already expected Apple to do this sooner. They were working on their Bluetooth network and so are we, but in a different way. We thought: it is quite logical if they open that up, because it is possible. In the end it all started with a forum post. One of our developers initially made contact and they were apparently actively looking for good partners to work with and something that could bring something new.

Stehmann explained that working with Apple was a natural evolution for the company as both are innovators in their respective fields:

No, that was the great thing: it fit very well with how we work. It’s technology first, so it’s not like you sit down on the time it needs to be finished. Of course you agree: it would be nice if it was ready, but in the first instance it is about the technology and that it works. Only later are the strategies aligned.

That’s a lot of fun: it’s real product and engineering first and the rest all comes later. This is how we work at VanMoof: technology first and if we are confident that it will work well, it will go into the market.

The executive also explained that the process for bringing Apple’s technology to something as large as a bike was actually quite difficult:

You share your prototypes with Apple and they also go through certification there, so they also look very critically at what it looks like and how it behaves. We have sent many prototypes there. And because we have an office in San Francisco, it was very convenient to drop a bike at all developers’ homes.

Stehmann also explains that the Find My integration is more software than anything else:

No, it is some software on their part, some kind of sample software. We have rewritten it so that it works on our chipset. It took us a little over half a year, about three quarters of a year to make it work with the bike and also make adjustments on their side so that it works properly. So it is mainly software.

The entire interview is over at iCulture (in Dutch).

Apple, Google, Amazon, Meta, and Microsoft have all joined the University of Illinois (UIUC)'s Speech Accessibility Project to improve voice recognition algorithms for users with disabilities that affect speech and those with diverse speech patterns — reports Engadget. The tech giants are also joined by nonprofits like The Davis Phinney Foundation and Team Gleason in...
Nehal Malik
4 mins ago