Verizon May Still Be Interested In Joining The Canadian Wireless Market

For those Canadians hoping for a fourth wireless carrier to arrive, there may still be some hope coming out of the 700MHz wireless auction. A fourth block of the wireless spectrum in Ontario, Alberta, and British Columbia becomes available with the departure of Wind Mobile.

The Big Three carriers, Rogers, Bell, and Telus, will presumably grab the remaining three blocks in those regions. This will leave one block open to other regional carriers in Canada, like MTS and Videotron,

Another possibility is the return of Verizon, the U.S. wireless carrier that was reported to be making an entry into the Canadian market last summer. Verizon ended up denying any rumours of a possible move north of the border.

According to a statement to The Globe and Mail, Greg MacDonald, a telecom analyst at Macquarie Capital Markets, believes that Verizon is still in talks with Ottawa.

“In our opinion the government is focused on attracting Verizon back to this market so investors should consider scenarios that would make this more likely.”

The Globe and Mail confirmed MacDonald’s statement saying that Verizon is lobbying the federal government and has six logged communications with Ottawa recorded in the lobbyist registry.

The Huffington Post has collected some data that shows how Canada compares to other countries when it comes to wireless prices. Note that some of the charts and graphs are not up-to-date, but overall they should be fairly accurate. 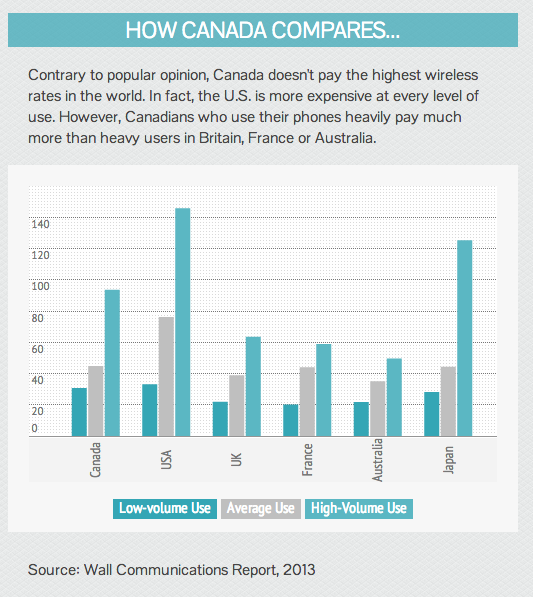 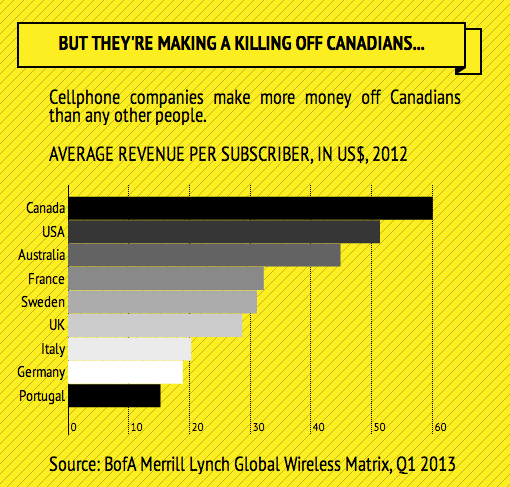 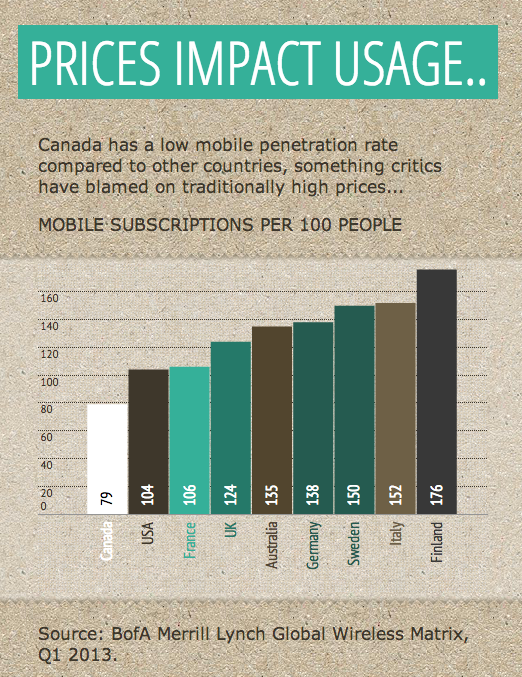 Let us known the comments below if you are satisfied with wireless services and pricing in Canada. Do you think Verizon should make an entrance into the Canadian market?

The display technology experts over at DisplayMate have crowned the iPhone 14 Pro Max's screen the best to ever grace a smartphone, giving it their highest-ever A+ rating and "Best Smartphone Display Award." DisplayMate is one of the world's leading authorities on display technology. The corporation's reviews and reports are based on comprehensive, objective laboratory tests...
Nehal Malik
8 mins ago