2017 ‘iPhone 7S Plus’ May Have Vertically-Aligned iSight Cameras [REPORT]

The internet is absolutely alight with iPhone rumours, and now here to confuse us even more is another tidbit concerning one of next year’s models. According to the rumour, an iPhone 7S Plus with the iSight Duo camera lenses vertically aligned could make its way into the iPhone line up for 2017. 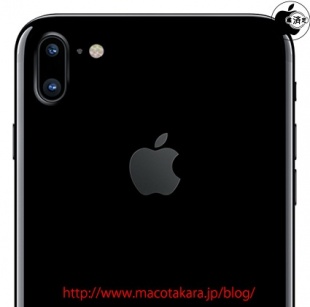 Taiwanese supply chain sources told respected Japanese tech blog Macotakara that Apple is planning on launching iPhone 7S and iPhone 7S Plus models as updated versions of this year’s iPhone 7 models. The first two are supposedly going to be joined by a 5-inch model which which will carry the same specifications as the other two.

“The basic specification is the same with the iPhone 7S – iPhone 7S Plus, and the iSight Duo cameras are installed vertically instead of horizontally, and various specifications are still under consideration,” reads the report. “Furthermore, the officials are saying that the final specifications will be finalized at the second quarter of Apple’s 2017 fiscal year.”

It is this 5-inch variant that the report claims will feature vertical iSight Duo cameras instead of the current horizontal design present in the iPhone 7 Plus.

While many of the leaks regarding upcoming iPhone models so far sound great, it is important to keep in mind that over the course of the next few months Apple may well change plans based on supply factors, new technology, licensed proprietary components, and so on. We will of course keep you posted on anything iPhone.