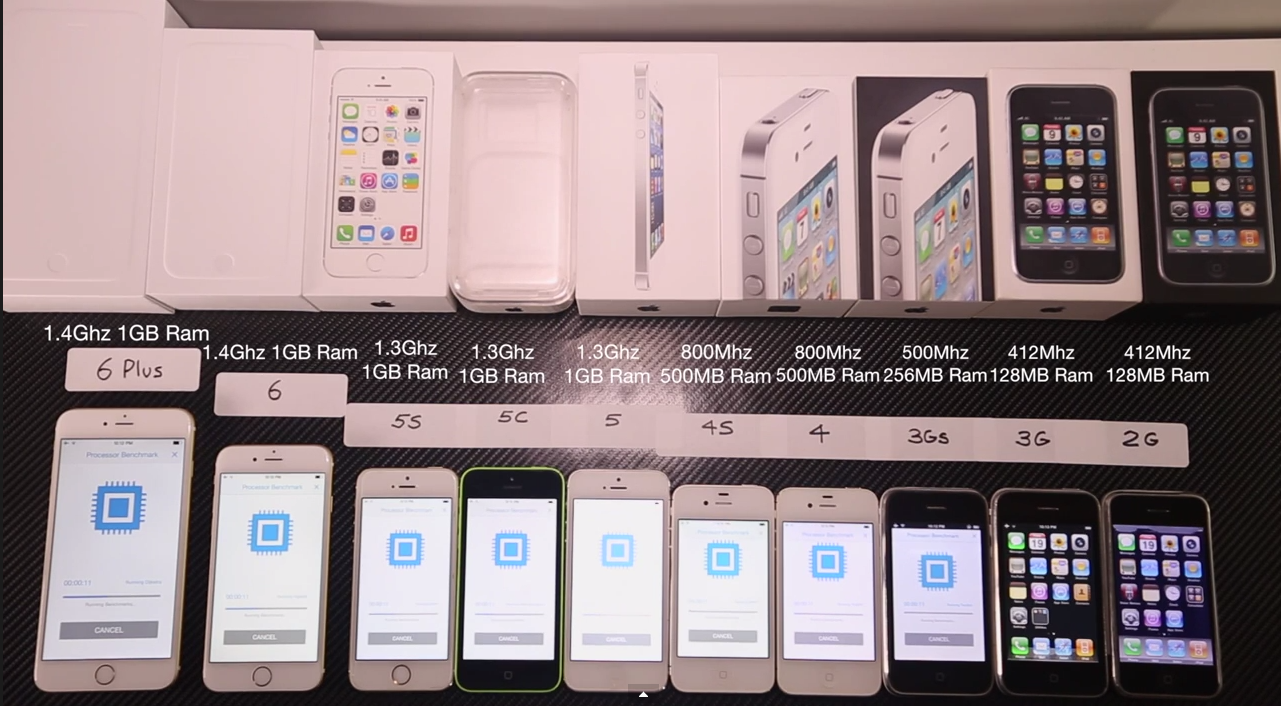 The folks behind the YouTube channel EverythingApplePro have posted a new video showing a speed test between every version of the iPhone.

The video includes every model from the original iPhone launched in 2007 to the iPhone 6 and 6 Plus released just a few days ago.

At the end of the video, EverythingApplePro shows the Geekbench scores for each iPhone and the improvements that Apple has made between each model of the device speaks for itself.

Both new iPhone models feature the 64-bit A8 chip with the M8 motion co-processor. The iPhone 6 starts at $749 for an unlocked version and is available now from Apple’s online and retail stores.

Were you able to get your hands on an iPhone 6 or 6 Plus? If so, what are your first impressions of Apple’s latest flagship smartphone? Let us know in the comments below.

Be sure to check out our unboxing and first impressions video of the iPhone 6 Plus.