You Can Now Watch Martin Scorsese’s ‘The Irishman’ on Netflix 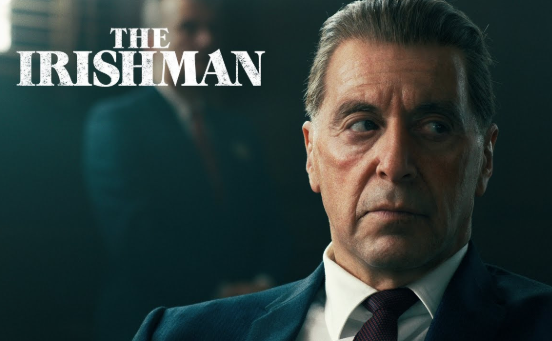 Martin Scorsese’s latest film, The Irishman, is now available to stream on Netflix. The Netflix original movie stars a powerhouse trio of Robert De Niro, Al Pacino and Joe Pesci. The movie hit select theatres in the U.S. on November 1, but is now available on Netflix.

Martin Scorsese’s THE IRISHMAN, a saga of organized crime in post-war America told through the eyes of World War II veteran Frank Sheeran, a hustler and hitman who worked alongside some of the most notorious figures of the 20th century. Spanning decades, the film chronicles one of the greatest unsolved mysteries in American history, the disappearance of legendary union boss Jimmy Hoffa, and offers a journey through the hidden corridors of organized crime: its inner workings, rivalries and connections to mainstream politics.

Funded by Netflix, The Irishman was made for about $150 million USD, according to Deadline. The film, which spans 3.5 hours long, utilized digital de-aging technology to make the movie’s stars appear younger onscreen, at various parts of the movie. Netflix acquired the rights to The Irishman in February 2017.

You can click here to watch The Irishman on Netflix. The release is timed just ahead of the U.S. Thanksgiving this weekend.