Analyst Maynard Um from Wells Fargo has today downgraded Apple stock (AAPL) from Outperform to Market Perform, while maintaining the $536 to $581 valuation range, StreetInsider reports. The analyst however sees positive catalysts in 2014, including the iPhone 6, iBeacon, and iWatch, along with the potential for increased dividends and/or buybacks. 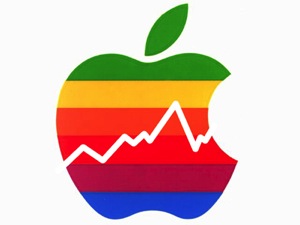 Um noted that his firm’s bullish thesis on Apple had been predicted on the “expectation for gross margin (GM) expansion driven by the 5s cycle”. While the firm still has conviction in the gross margin thesis and “the potential for iPad/iPhone unit upside”, they believe this may be largely embedded into the valuation. He further said that Apple’s gross margins have decreased by an average of 225 basis points (bps) in the period following the launch of new form factor iPhones while increasing 225 bps in the two quarters following an “s” launch.

There are three concerns Um notes:

He concluded his analysis by saying that Apple’s stock may be more “susceptible to trend” with margins.