What’s In An iPhone Name? 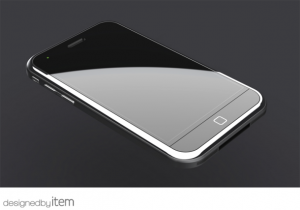 What’s a name really all about?

I’ve noticed, you probably have too, that there is some hype over the name of what the newest generation of the iPhone is going to be. Some suggestions that have cropped up are theÂ iPhone 4G,Â iPhone lite, iPhone 4S andÂ iPhone 5 (obviously). Why do we care so much? Reason one: I want to know and two: relating proposed features with a new name help us crack what is going to be the newest iPhone or iPhones – after all, we could have more than one.

Let’s start with name “iPhone 4G” because I don’t think this has any potential and I can get it out of the way faster. The 3G suffix was added to the iPhone brand for the second generation of iPhone in 2008 because the device worked on the 3G network, not because it was the third generation of the iPhone line. I don’t believe that this iPhone upgrade will include 4G (a.k.a. LTE)Â capabilities making this name highly unlikely and letting me to throw this name to the wind – one down, that was quick.

Next – “iPhone lite”. If we think back to the iPod announcement Steve Jobs made almost 10 years ago, we only had one iPod (the classic) and that was the only iPod we knew. Two and a bit years later Apple introduced the iPod mini, a midrange model with less storage, smaller design and lower price tag, which made owning an iPod feasible for more people. John Gruber sees this tactic being used for the iPhone as heÂ said on Daring Fireball:

Examine the history of the iPod to see how this will play out. Theyâ€™ll press technologically at the high end, and theyâ€™ll expand into the mid-range market with lower priced models. Why not now?

If Â Apple is going to follow the same mentality and are interested in the large markets outside of Canada, Europe and the US who are looking for mid-ranged, unlocked, pre-paid phones, the introduction of two iPhone seems plausible. This is where MG Siegler of TechCrunch sees the potential for an iPhone lite:

If Apple is doing a cheaper version of the iPhone, some think that an old iPhone body (maybe the iPhone 4, slightly modified) would be used. The internals would undoubtedly be tweaked to make the device cheaper to manufacture… Think: less â€œiPhone nanoâ€ and more â€œiPhone liteâ€.

He goes on to say that he is only calling it an iPhone lite as an identifier and not suggesting that’s what it is going to be called in the end.

Well, what about the iPhone 5 name? On TWiT.tv’sÂ latest episode of MacBreak Weekly, co-host Andy Ihnatko believes that Apple is going to save the “iPhoneÂ 5″Â name for something more substantial of a product thanÂ what we are going to see later this year. All we can see so far is that we are going to get aÂ boost in speed, better battery life and a better camera for the same price, right? The “iPhone 4S” name comes from the “iPhone 3GS” name that was used for the incremental jump after the iPhone 3G.

I agree, I don’t believe that this update is going to be as revolutionary of a jump as was that from the iPhone 3GS to the iPhone 4. This is why I am leaning towards the idea that Apple is going to use the name iPhone 4S.

Am I the only one to think this way or do you feel the same?