According to a recent tweet from the WhatsApp sleuths at WABetaInfo (@WABetaInfo), WhatsApp is expanding multi-device support, a feature currently in public beta, to iPads and Android tablets.

NEWS: WhatsApp is finally working on multi-device 2.0, and you can use iPad as new linked device ☄️
Android tablets are also planned to support multi-device on WhatsApp for Android!

It's under development and it will be released in a future update. Follow me to discover more 💚 pic.twitter.com/rND4xQfBDj

WhatsApp has, for a long time now, offered its users a web and desktop experience where they could use WhatsApp on a linked computer — as long as their phone is connected to the internet.

Multi-device support has been in the works for some time now and removes that obstacle, allowing users to link up to four devices (that aren’t smartphones) to their WhatsApp accounts and use WhatsApp on these devices even when their phones aren’t connected.

WhatsApp confirmed back in June that multi-device support would be entering public beta soon, and made good on its promise a month later. The messaging service is now working on adding support for iPads and Android tablets, in addition to desktop platforms. 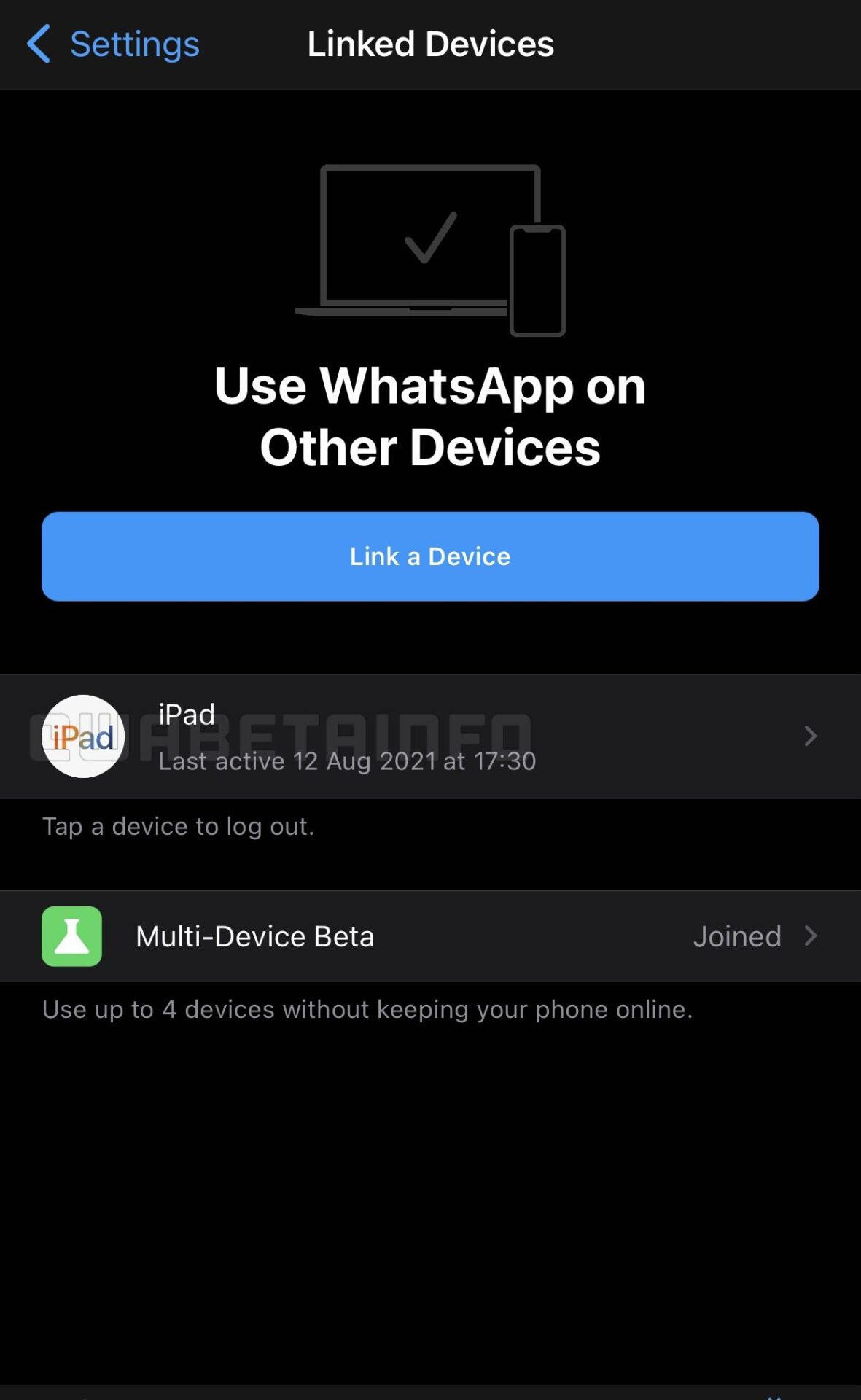 WABetaInfo says the expansion is currently under development and should be released in a future update. What multi-device support on the iPad and Android tablets will look like — whether it will take the form of a dedicated app or just be the WhatsApp Web experience on a tablet — currently remains unknown.