The maximum number of people you can have in a WhatsApp group chat has increased to 256, rather than 100 as it was before.

It’s not clear why WhatsApp settled on the oddly specific number, but it’ll be good news for those users for whom 100 just wasn’t big enough. Most people use WhatsApp to talk to individuals and maybe a small group of friends, but for publishers, companies and online communities, the larger groups could come in useful. 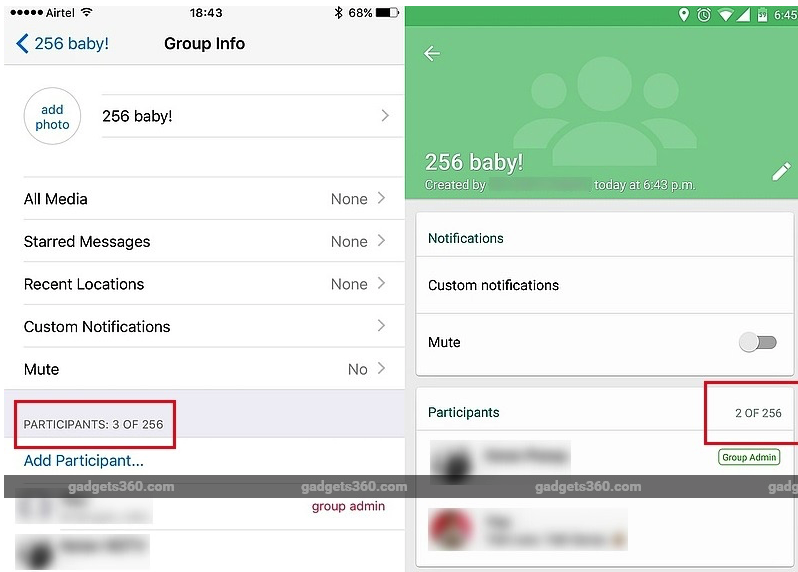 The update was first spotted by Macitynet, and it is now available for users on iOS and Android. However, Windows Phone and Blackberry users will have to wait a little longer for the bigger groups to become available.