Last month WhatsApp announced it would launch voice calling features in Q2 of this year, set to launch on iOS and Android first. This was shortly after it was acquired by Facebook for $16 billion.

Newly leaked screenshots by iPhone Italia show off the upcoming VoIP feature which will be available over Wi-Fi and cellular networks: 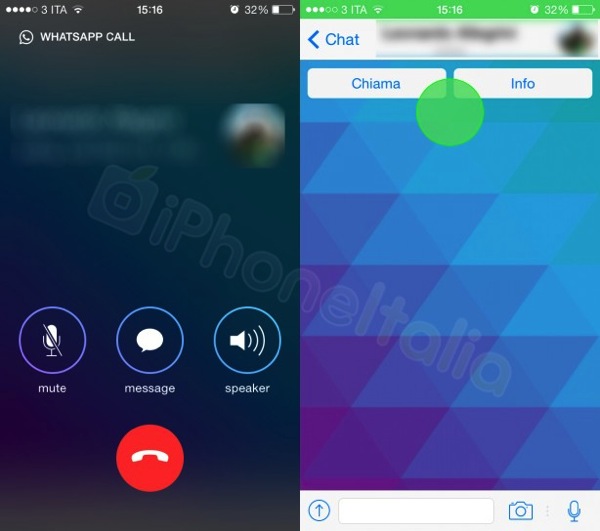 The call design is reminiscent of the phone functionality in iOS 7. Also take note of the addition of a better placed ‘camera’ icon for quicker access to sharing images.

WhatsApp CEO Jan Koum said at the time boasted about their voice calling feature “We use the least amount of bandwidth and we use the hell out of it.” Last August, WhatsApp launched its push-to-talk messaging service and now calling will build on top of that.

Free voice calling in an app isn’t new by any means, but it will be for WhatsApp’s 465 million monthly active users which are growing faster by the day.