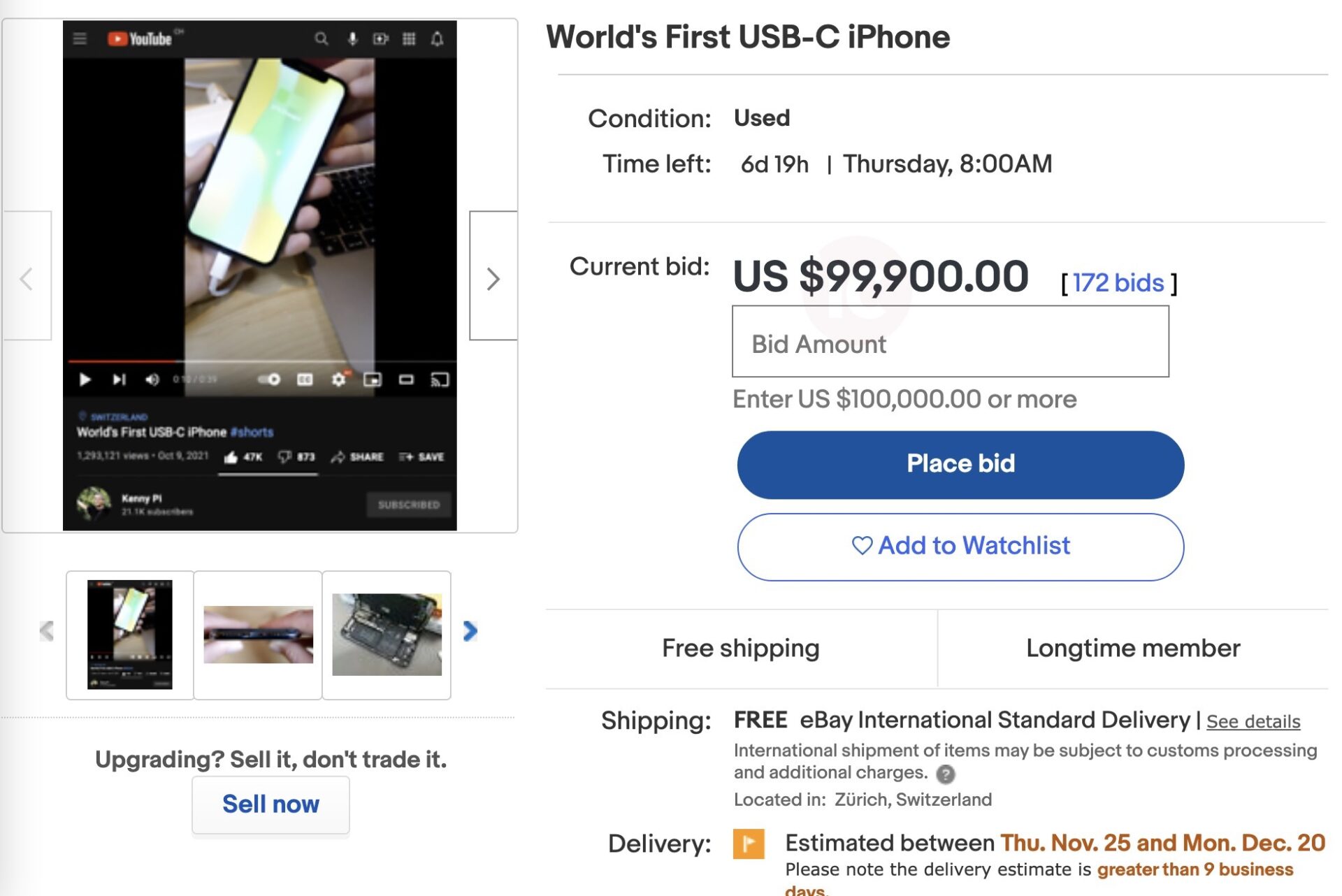 The world’s first iPhone with a USB-C charging port instead of Apple’s patented Lightning connector is currently listed on eBay. At the time of writing, the listing has 154 bids, the highest of which is an egregious $99,900 USD (about $124,479.90 CAD).

While the eBay listing can best be described as a bunch of bologna, such an iPhone actually exists. Last month, Swiss robotics engineer Ken Pillonel unveiled his USB-C iPhone to the world, which he created by modifying an iPhone X with a custom-built USB-C charging port.

The images tacked on to the eBay listing appear to be screen-grabs from Pillonel’s YouTube video, which you can check out below.

Having an iPhone with a USB-C connector instead of Lightning will mean users can simply carry around one charging cable for all of their devices — a comfort most of them would pay handsomely for.

However, spending upwards of $99,900 USD on that comfort isn’t something we’d recommend, even if you had money to burn.

With mounting pressure from the European Union to adopt USB-C as the universal standard for charging on all mobile devices, it may not be long before we see Apple launch iPhones with USB-C ports.

Knowing Apple, they likely won’t be cheap — this year’s iPhone 13 Pro Max topped out at a whopping $2,229 CAD, but they definitely won’t cost as much as a Tesla Model S.