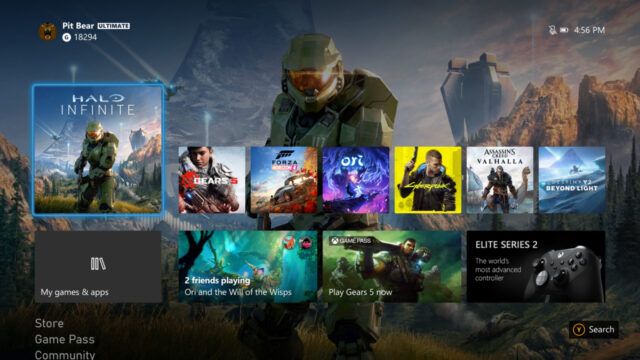 An Xbox streaming app for TVs may release in 2021. Xbox chief Phil Spencer touched on this notion and detailed that an xCloud app for TV displays be actualized “in the next 12 months”.

Microsoft’s Executive Vice President of Gaming Phil Spencer sat down with The Verge to discuss the arrival of the Xbox Series X and Xbox Series S as well as where the gaming industry may go in the future. During the interview, Spencer hinted that an Xbox streaming app for TV may very well be in the works.

“I think you’re going to see that in the next 12 months. … What we used to call a TV was a CRT that’s just throwing an image on the back of a piece of glass that I’m looking at. Now, as you said, a TV is really more of a game console stuffed behind a screen that has an app platform and a Bluetooth stack and a streaming capability. Is it really a TV anymore, or is it just the form and function of the devices that we used to have around our TV, consolidated into the one big screen that I’m looking at?”

Microsoft has released its xCloud streaming app on mobile phones, giving players access to a plethora of games to play on their devices. While the streaming platform has been thriving on Android, Apple’s App Store policies effectively blocked Microsoft from taking Project xCloud out of its TestFlight phase. However, Microsoft may be looking at a browser-based solution.

In October, Spencer spoke to Stratechery and hinted that additional hardware may be in development for the streaming service. Spencer discussed the possibility of an Xbox streaming stick, akin to Roku or Amazon Fire Stick. He told Stratechery: “You could imagine us even having something that we just included in the Game Pass subscription that gave you an ability to stream xCloud games to your television and buying the controller.”

An Apple AirTag proved instrumental in the arrest of a U.S. airline worker in connection with a series of luggage thefts — reports Insider. Apple launched the AirTag for $29 USD ($39 CAD) last year to help customers keep track of their belongings (and more). AirTags harness the Find My network, which comprises over one...
Nehal Malik
8 hours ago