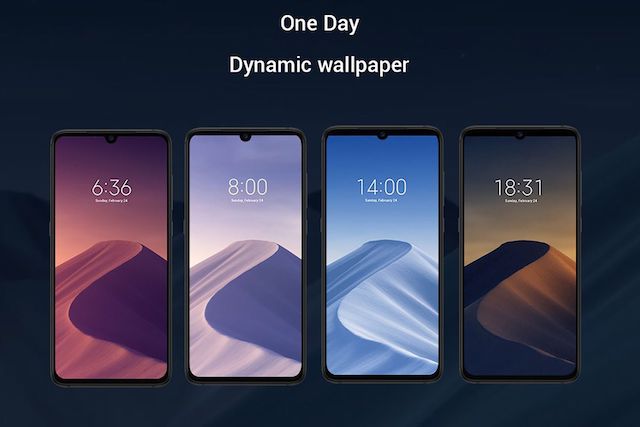 Keeping up with its age-old tradition of blatantly copying Apple, Xiaomi has now ripped off macOS Mojave’s dynamic wallpaper for its flagship Mi 9 smartphone, as spotted by The Verge. The Chinese copycat didn’t even bother to use a different background and just recreated the entire idea of colours shifting with the time of day:

“This Xiaomi move runs counter to the design and engineering goodwill that the company has been building up over the past couple of years. It’s a deliberate sidestep from just copying the iPhone’s wallpaper, which Xiaomi has done in the past, and it’s indicative of a company that seems unwilling to rely solely on its own ideas and capabilities.”

The company has a long history of copying Apple. In the past, it has shamelessly copied almost every element of its product range and marketing from the iPhone maker, even naming its first products the Mi Phone and Mi Pad.

Xiaomi has even ripped off Apple’s website design and its iconic keynote presentation format. In fact, its CEO even wore blue jeans and a black turtleneck shirt during an event while also using the phrase ‘One More Thing’. And did we mention the company’s latest earphones are called AirDots?

Apple has just shared a new support video on YouTube explaining how you can use SharePlay to listen to music and watch TV and movies with your friends while chatting about it in Messages. SharePlay, a feature that lets people share experiences right inside FaceTime on iOS and iPadOS, is now available via Messages as...
Usman Qureshi
11 mins ago