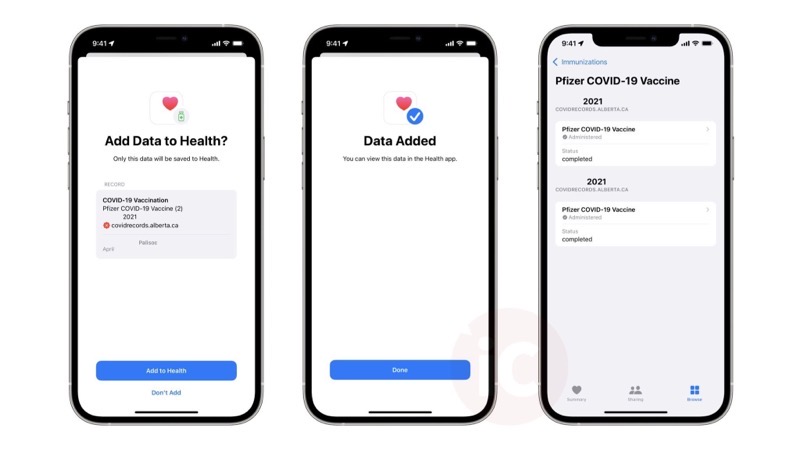 Alberta COVID-19 vaccination QR codes can be added to Apple’s Health app on iPhone, as they support the SMART Health Card spec.

According to iPhone in Canada reader Lee, he was able to add his Alberta vaccination QR code to his iPhone’s Health app with today’s iOS 15.0.1 update installed. Previously, Apple stated this ability would require iOS 15.1, which is still in beta for developers and public beta testers.

Can you add Alberta’s vaccination QR codes to the Apple Wallet app on iPhone? It appears that won’t work yet, we tried with iOS 15.1 beta 2 and an error message said it couldn’t be added to the Wallet app. 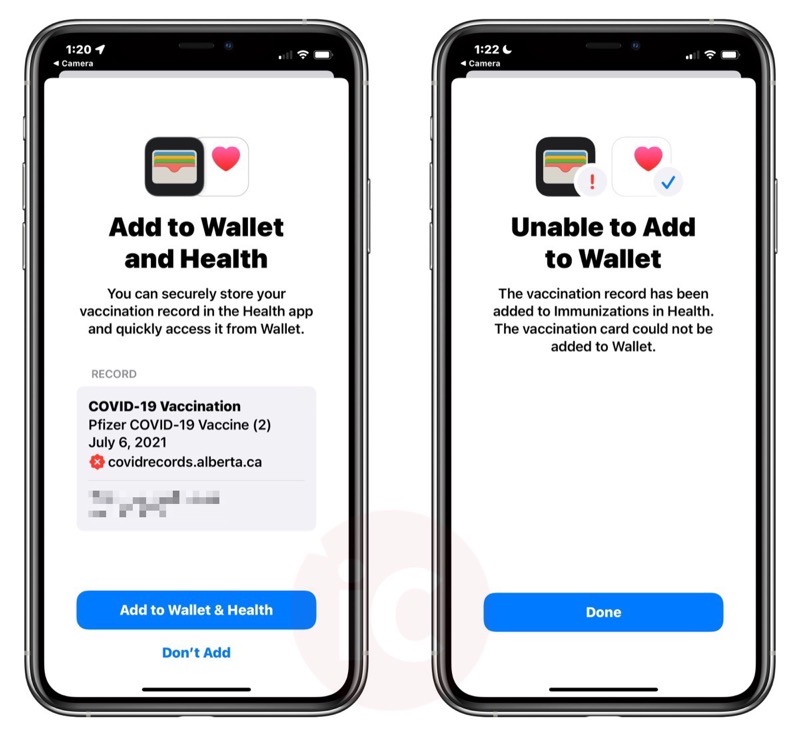 How to add your vaccine QR code to the Health app? It’s easy. Just launch the Camera app on your iPhone and aim it at your QR code. You’ll see a yellow icon that says add to Health. Tap that and follow the instructions.

Update: The same is also working for those in Saskatchewan, too.

Update Oct. 14, 2021: Alberta is not on the Common Trust Network yet, despite using the Smart Health Card specification; however, B.C, the NWT and Yukon are included in the former, hence the possibility to be added to the Wallet app on iPhone.

The Common Trust Network is a requirement for Smart Health Cards for some countries, to allow visitors, such as in Singapore (starting Oct. 18).

Alberta’s website states for travel outside the province and Canada, QR codes “may not be scannable” at this time.