You Can Buy iPhone 14 Cases on Amazon Canada Already

If you’re planning to pre-order an iPhone 14 in the coming weeks, you’re going to want to buy a case right away (unless you bought AppleCare+) as well as a screen protector to protect your investment. 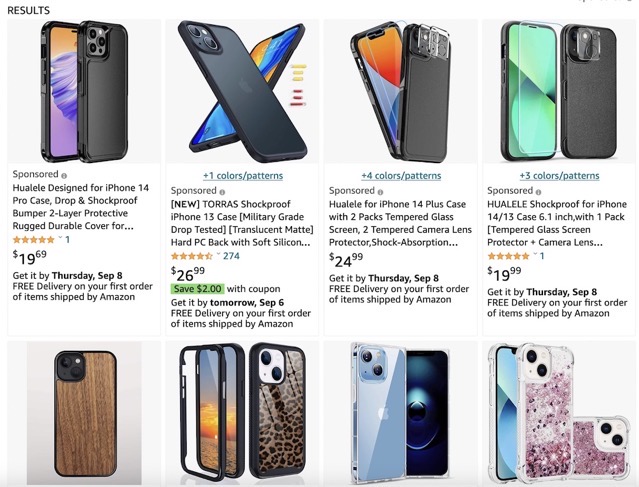 While Apple has yet to officially unveil its next flagship iPhone 14 series, some of the best and most affordable iPhone 14, iPhone Pro, and iPhone 14 Pro Max cases have already gone up for sale on Amazon Canada, with some third-party sellers already leveraging the new iPhone names in their product listings.

Like last year, most of these cases can be ordered ahead of the official release and should arrive at your door as quickly as one-day with Prime shipping speeds.

These cases are most likely made using leaked schematics of this year’s iPhone lineup from Apple’s supply chain. Most of these cases are relatively cheap, available for under $20 CAD and Prime eligible.

You may want to wait for reputable brands such as Spigen to list their iPhone 14 cases after Apple announces the devices on September 7th, if you’re not ready to take the risk on these early sellers.

Are you going to pre-order some iPhone 14 cases on Amazon.ca?

The Roku Channel has shared its list of free movies and TV shows hitting the ad-powered streaming service in Canada for October 2022. Check out the full list below Movies The Death and Life of John F Donovan The Intruders Mama Rhymes for Young Ghouls Wolves The Woman In Black Alaskan Nets The Delinquent Season […]
Gary Ng
13 mins ago