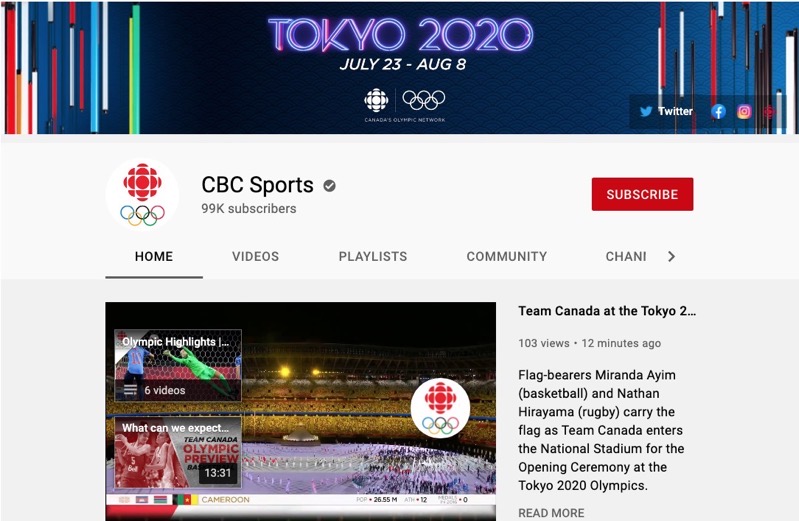 Part of the CBC’s 2020 Tokyo Olympics coverage will also take place on YouTube, on the CBC Sports channel.

“We’re thrilled to partner with YouTube Canada to offer Canadians more ways to stay connected to the athletes and watch their favourite events. CBC Sports on YouTube is an important part of our round-the-clock coverage and will be a daily destination to enjoy some of the best moments from Tokyo,” said Chris Wilson, Executive Director, Sports and Olympics, CBC, in a statement to iPhone in Canada.

“When it comes to sports, YouTube is home of the highlights, and audiences in Canada and from around the world come to the platform for all the action. That’s why CBC Sports and YouTube Canada have come together to ensure that Canadians can easily access more content from this summer’s Games,” added Soneeka Patel, Broadcast & Sports Partnerships Content Lead, YouTube Canada, in an issued statement.

You can click here to learn how to watch the 2020 Olympics live in Canada, with Amazon’s Prime Video offering live and on-demand access for the first time.