Kinetik: The Easiest Way to Discover and Share Apps with Friends

One of the problems with the App Store is discovering new apps within its enormous catalogue of over 425,000 apps and counting. A new app called Kinetik has made it extremely easy to share and discover new apps by taking advantage of social networking. It launched yesterday, and you’ll soon be hearing more about this app.

Kinetik also lets you follow friends to see recent apps your friends are sharing, organizes the popular apps within your friends and allows you to browse them by categories like Games, Music and Photography.

Kinetik’s people section shows you who to follow based on the apps you have in common. You also have a Kinetik profile to let your friends know what apps you are using. 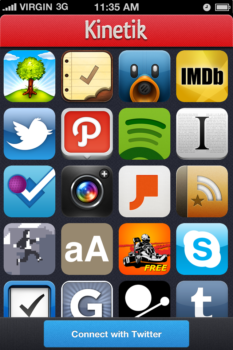 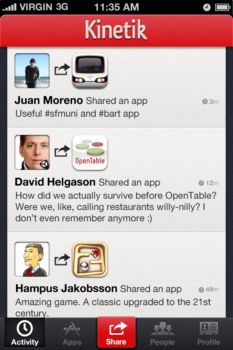 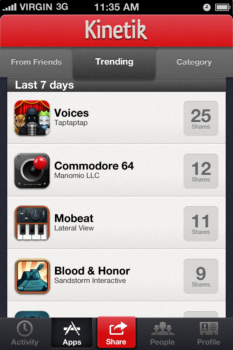 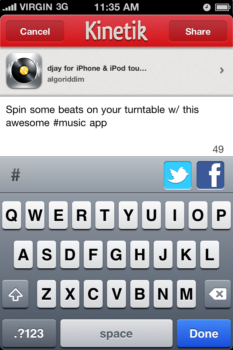 Kinetik has a simple layout that makes it easy to use. Just sign in via twitter and you’re ready to go.

The main page shows app icons of popular apps. A timeline indicates what your friends have shared, along with tabs to see trending apps worldwide, even by category. If you’re a new iPhone user, this one of the best ways to track down popular apps.